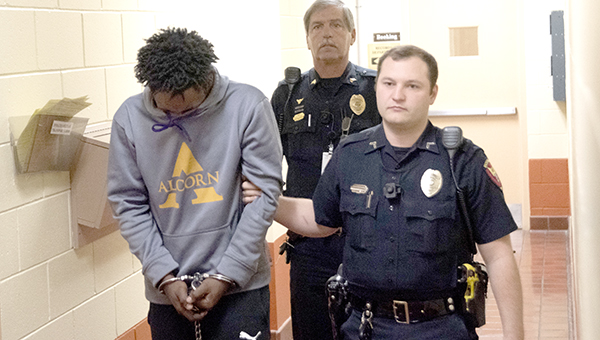 The man connected to an armed robbery at the Family Dollar location on Mission 66 Tuesday made his initial court appearance Wednesday.

Jones is charged with one count of armed robbery.

• Monday, at 4:47 p.m. officers responded to a residence in the 2400 block of Lake Street in reference to a burglary. The victim reported someone stole two televisions.

• Monday, at 5:23 pm officers responded to a residence in the 800 block of Polk Street in reference to a burglary. The victim stated $10 in change was missing.

Mayor George Flaggs Jr. will present an update on the city and take questions from residents on any city topic... read more