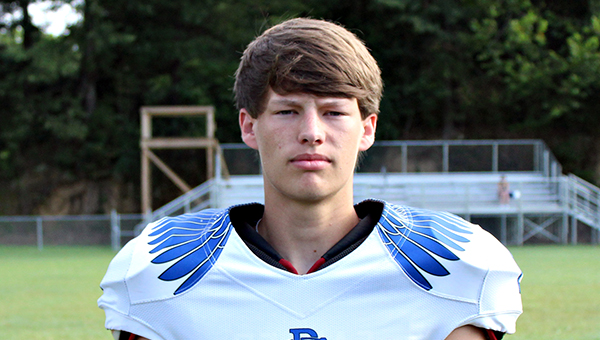 Porter’s Chapel Academy’s basketball teams still can put a big accomplishment on their resumés this season. They just have only one chance to do it.

The winner of the play-in game will advance to the main draw of the district tournament and earn a spot in the MAIS Class 2A South State tournament. The top four teams in each district move on, and there are five teams in District 4-2A.

PCA will end the regular season Friday at 5 p.m., at Briarfield Academy.

PCA’s boys’ team fell behind early Tuesday against Manchester and never caught up. Jon Riley Poe scored 11 of his game-high 15 points in the first quarter as the Mavericks raced to a 23-8 lead, and then extended it to 42-13 by halftime.

Dylan Dendy and Upton Hitt each added 13 points for Manchester, which will have the No. 3 seed in the district tournament and will face No. 2 Greenville-St. Joe in the first round. Dendy also grabbed 12 rebounds.

Michael Tod Andrews led PCA (4-16) with 14 points, while Tyler Washington had five points and five rebounds. The Eagles went 2-for-14 from 3-point range, and shot just 8-for-36 (22.2 percent) overall from the field.

The girls’ game got similarly sideways for PCA. Manchester got out to a 41-15 lead by halftime and cruised to the 54-18 victory. PCA did not score in the third quarter.

Lizzy Carpenter had 12 points and six rebounds for Manchester, and was one of four players in double figures. Lanie Potter scored a game-high 14 points, all in the first half. Ivy Sowell finished with 11 points, and Karley Martin had 10.

(G) Clinton 66, Warren Central 39
Kimbreyell McBride scored a game-high 20 points, Jakayla Johnson and Kaitlyn Walker had 11 apiece, and Clinton inched closer to earning the No. 1 seed in the MHSAA Region 4-6A girls’ tournament by beating Warren Central for the second time this season.

Clinton (18-4, 5-0 Region 4-6A) opened the second half with a 13-2 run and outscored Warren Central 28-11 in the third quarter to take control of the game. A six-point Clinton lead at halftime swelled to 23 by the end of the third quarter.

The Lady Vikes (8-10, 0-4) lost their sixth consecutive game, and for the eighth time in nine games. They can still avoid the No. 4 seed in the region tournament — and a likely first-round rematch with Clinton — by winning its last two region games against Madison Central on Friday and Feb. 7.