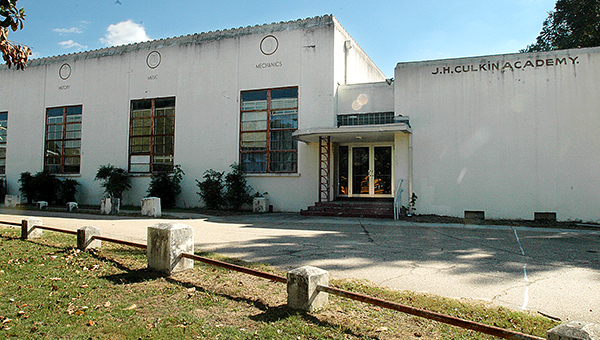 The former Culkin Academy is pictured in this Vicksburg Post file photograph.

The old Culkin School will continue serving as a training site for the Warren County Sheriff’s Office.

Vicksburg Warren School District trustees Thursday renewed an interlocal agreement with Warren County on behalf of the Sheriff’s Office for the next three years.

Sheriff Martin Pace said his office has been using the school building for about 10 years under the agreement, and previously used the building with the school district’s permission before the formal agreement was developed.

“Through the graciousness of the school district, we have used that site to train for active shooter training, hostage situations; my tactical unit does training there for room entry — for hard entries,” Pace said.

“It’s just an excellent training facility because it’s real world,” he said. “We’re not having to pretend we’re entering a room or pretend we’re breaching a door; we actually do that in that building.”

He said his deputies have trained at the building with other agencies, including federal agencies, that have partnered for programs.

He said scenarios have been developed to train for situations as if they happened in a school, a business, or a home, “Through a multitude of scenarios. There is no live fire. We don’t fire weapons in the building or the property; we have training devices that we use.”

Then known as Culkin Academy, the Culkin School was one of six schools authorized by county school officials in 1916 to consolidate about 30 or 40 one-room schoolhouses in Warren County.

Culkin Academy was the first school built in 1916, and it and the other schools went from first through 12th grade. In 1965, the high schools were closed and consolidated to Warren Central.