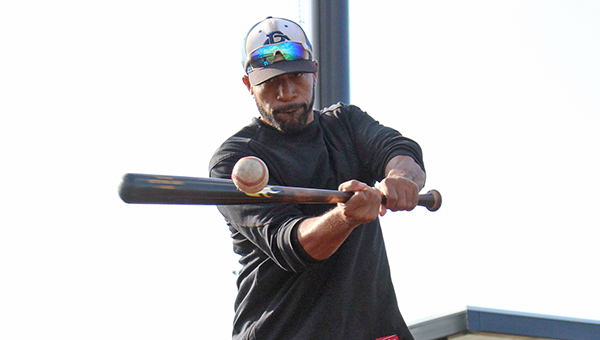 The fire wasn’t quite there. Other thoughts were on his mind. And so, after coming to the realization that he couldn’t fully commit to the season, he decided to hand the reins over to someone else.

Patrick, who has led PCA’s baseball program for seven of the past eight seasons, stepped down as coach last week. Patrick handed the reins to Larry Allen, a lifelong friend who has also been the team’s assistant coach since 2014.

Patrick coached PCA’s baseball team in 2012 and 2013, left the bench for one season to go into administration, and then returned in 2015. He said the decision to step down this time was for “personal reasons.” 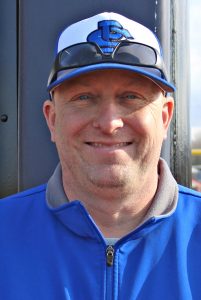 “It wasn’t an easy decision, by any means. It was just one I felt that I needed to make not only for myself, but for the team,” Patrick said. “That’s nothing that’s ever easy, especially when you’ve been in it a long time like I have. This is my ninth year here. Just with things going on, I didn’t feel like I could give 100 percent to what I was needing to do to be as successful as we needed to be, and I felt now was the time I needed to make that move.”

Patrick will continue in his role as PCA’s athletics director. He said he’ll also help Allen as a part-time assistant coach as needed. He was on hand to help with the team’s practice Thursday at Sports Force Parks on the Mississippi, just like he’s been at most of their preseason workouts so far.

“I’m kind of like the general manager,” Patrick said with a laugh. “I’m not going to bail on them. If they need something, I’m here. I’ve been at every practice since I stepped down, so I don’t know what that says. But it’s (Allen’s) voice and they know that. We talked with them last week when I made that decision and let them know it’s his team now.”

Patrick said he knew early in the offseason, however, that this would be a difficult season to get through if he remained as head coach.

“I came out for the first week or two when we started, and I knew then that I needed to go ahead and make a decision and move on,” Patrick said. “I’m sure I’m going to miss parts of it. And there’s things I won’t miss, just like anything you do. But this is a totally different situation, and I’m at peace with it.”

Having an experienced assistant like Allen on the staff and ready to take over as head coach made the decision a little easier, Patrick added.

Allen has been Patrick’s assistant at PCA for six years. He managed several professional independent league teams and was a hitting coach at Warren Central for eight years before that, and also played independent baseball for a time. His duties at PCA have included serving as head coach of the summer team.

Allen’s familiarity with the players and program should ensure a smooth transition, both he and Patrick said.

“These boys are going to work the same way, whether it was with Wade or it was with me. I’ve managed before, minor league ball, so it’s not a weight or anything,” Allen said. “The summer helped a lot. They know my cadence and everything when I’m out there with them.”

The Eagles finished 8-11 last season, but Allen said he was trying to instill a positive attitude rather than radically change things up. PCA’s season opener is Feb. 18 at Cathedral.

“I don’t look at it as putting a stamp on the program or anything. One of the main things I try to stress to them all the time is their positive energy and flow. If you have positive energy, your team’s always going to get better. But I just want these boys to get better.”

Allen had a strong vote of confidence from Patrick, his friend, colleague and boss.

“We’ve been best friends for 40 years. I couldn’t have asked for anybody better to take over,” Patrick said. “I wanted the transition to be smooth. You don’t want a whole lot of turnover. He’s been here for six years, out of my nine. That’s a long time. They’re used to him. He’s done summer ball for us, so it’s nothing for them. It’s an easy transition.”