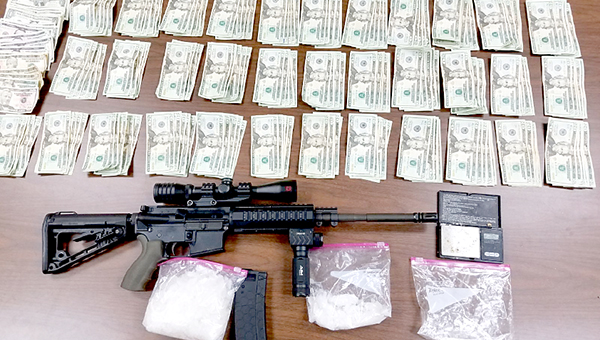 A Vicksburg man is in custody after leading on a brief foot chase Friday evening in the Kings area. But, it wasn’t simply the attempt to elude authorities that has him in the Madison County Jail.

Rankin was in possession of over 500 grams of methamphetamine with a street value of $41,0000.

A search warrant executed later at his home later resulted in an additional amount of methamphetamine, digital scales, a 5.56 mm semi-automatic rifle and over $3,500 cash.

Ranking was charged with aggravated trafficking of a controlled substance and possession of a weapon by a convicted felon.

He is being housed in the Madison County Jail and will appear in Vicksburg Municipal Court Monday.