This February, read a book that highlights African-American biography 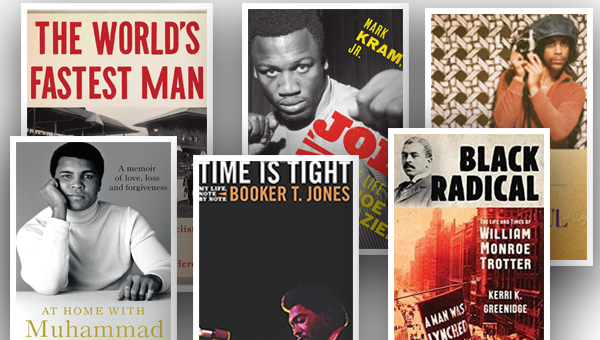 This column was submitted by Evangeline Cessna, Warren County-Vicksburg Public Library Local History Librarian. In celebration of Black History Month, this week’s highlighted books include those on African-American biography.

“The Beautiful Ones” is the story of how Prince Rogers Nelson from Minnesota became the innovative and influential pop star known as Prince. Told in his own words, this bold memoir covers his early years up through the making of Purple Rain. With full-color photos and handwritten lyrics and notes, we get an inside view of the thought process of one of pop’s greatest artists. The first part of the book is the memoir Prince was working on before his tragic death. The second takes us through his early years as a musician before his first album was released. In the third, we have candid snapshots that show his evolution up through his greatest achievement, which we see in the fourth section of the book: his handwritten treatment for Purple Rain. Editor Dan Piepenbring frames the photos and handwritten pieces beautifully and pens a moving introduction to the life of this beloved pop icon.

“Time is Tight: My Life, Note by Note” is the memoir of soul music legend Booker T. Jones. Already a working musician with a hit song to his name by the age of sixteen, Booker T. Jones grew up in midcentury Memphis where the brutal reality of segregation provided a bleak contrast to the loving, supportive family and community in which he was raised. He was part of the first house band for Stax Records and he formed the racially mixed Booker T. & the MGs, whose first recording, “Green Onions” was an international sensation, selling more than one million copies. His musical legacy includes compositions such as “Time is Tight,” “Hip Hug-Her” and the oft-sampled “Melting Pot” and collaborations with artists like Otis Redding, Wilson Pickett, Neil Young, and Bob Dylan.

In “Smokin’ Joe: The Life of Joe Frazier” author Mark Kram, Jr. tells the story of the boxing legend beyond his legendary rivalry with Muhammad Ali. Joe Frazier was a complex figure whose journey began as the youngest of thirteen children packed into a small farmhouse in the Jim Crow South and continued when he moved north at the age of fifteen to develop his skills as a fighter in Philadelphia. His momentous bouts with Ali and George Foreman are not left out and neither is the developing perception by blue-collar America that Frazier was anti-Ali. Kram follows Frazier’s life past his retirement in 1981 and explores the relationship he had with his son, the would-be heavyweight champion Marvis. Frazier’s fractious home life is also explored as well as the uneasy thoughts of Ali that continued to weigh on his mind.

“At Home with Muhammad Ali” is a loving memoir of her father by Hana Ali. In the 1970s, Ali began recording a series of audio diaries, mostly in his L.A. home. His daughter lovingly lets us see her father through these private tapes, personal journals, love letters, and her own cherished memories. We come to see the boxing champ as a family man who retired from boxing and became an ambassador for peace and friendship. He attempted to find balance between his many commitments and his responsibilities as a husband, loving father, son, and friend. He went to extraordinary lengths to keep his nine children united and give them a “normal” life even when their guests included Michael Jackson, Clint Eastwood, and John Travolta. In this candid and loving tribute to her father, Hana Ali gives us a portrait of the man beyond the boxing ring and news cameras.

“The World’s Fastest Man” by Michael Kranish tells the phenomenal story of Major Taylor, America’s first black sports hero. The Gilded Age of American history was defined by the extraordinary wealth and lavishness of the upper classes. One of their obsessions was an invention called the bicycle, which gave rise to a plethora of bicycle clubs and races. In fact, cycling as a sport boomed in the late 19th and early 20th centuries in America, Europe, and Australia. One of cycling’s legendary figures, Birdie Munger, came across a young cyclist named Marshall “Major” Taylor and declared that he could turn him into a champion, despite the racism he faced at nearly every turn. Twelve years before boxer Jack Johnson became a sporting sensation, Major Taylor rose to worldwide fame as cycling’s premier athlete. Short in stature, but with the heart of a champ, Taylor followed unique training methods designed to put him in “perfect” condition. He set record after record and thrilled spectators all over the world; including one ardent fan named Theodore Roosevelt.

“Black Radical: The Life and Times of William Monroe Trotter” by Kerri K. Greenidge tells the story of newspaperman and equal rights advocate William Trotter. Born in 1872 to a black Civil War lieutenant, Trotter graduated Phi Beta Kappa from Harvard in 1895. In 1901, he founded the Guardian, which quickly became one of the most important newspapers of the national black press. Unafraid of calling out his fellow black elites, Trotter became one of the foremost advocates for black protest, leading frequent rallies at Faneuil Hall, hosting national demonstrations against screenings of The Birth of a Nation, and lobbying to make lynching a federal crime. Contrary to the gradualist politics of his rival, Booker T. Washington, and the elitism of his former friend W.E.B. Du Bois, Trotter’s vision of black liberation predated the likes of Marcus Garvey, Malcolm X, and Martin Luther King, Jr. His philosophy can be summed up with what he often told the readers of his newspaper, “[W]e will be satisfied with nothing less than our full citizenship rights.” Kerri Greenidge does a wonderful job helping readers re-discover this premier champion of equal rights.