Krewe of Barkus prepares for inaugural parade through downtown 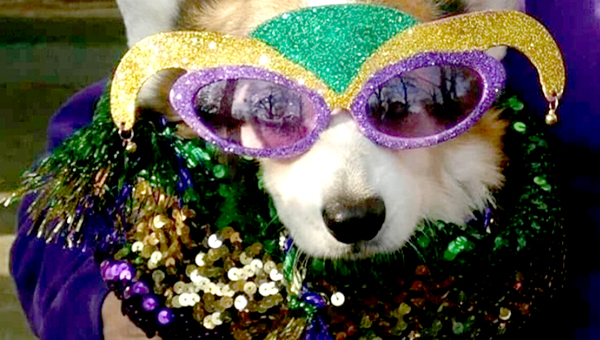 Baylie, who is owned Karen Calnan, will be among those dogs participating in the ingurual Krewe of Barkus on Saturday, Feb. 22 in downtown Vicksburg. (Submitted Photo)

Canine cuties will take to the streets Saturday, Feb. 22 for the inaugural Krewe of Barkus Pet Parade.

Sponsored by the Vicksburg Main Street Program and Bark Avenue, dogs of every shape, size and breed are invited to participate in the event, which will take place before the “human” Mardi Gras parade.

Debbie Haworth, who is one of the event organizers, said the idea to have a pooch parade was inspired by a neighboring state.

“When the mayor took a group of us to Little Rock, we were talking to their downtown director and this is one thing he said was so much fun,” Haworth said.

The idea struck a chord with Haworth, who loves parades and her dog, Paisley Park.

“I told Kim (Hopkins, who is the executive director of the Vicksburg Main Street Program) this would be a great fit for Main Street,” Haworth said, “Since we already have our Mardi Gras Parade. We could just do this directly before.”

Haworth also reached out to Bark Avenue Hotel and Spa, a local business that operates a grooming service for pets as well as a hotel and spa for dogs and cats, to see if they would be interested in helping sponsor the event.

Owner Terra Mashburn agreed and is also offering a $10 discount at Bark Avenue for those who participate in the parade.

During the parade, pets will be judged, and prizes will be awarded to the best dressed small and large dog.

All dogs must be accompanied by their human, and while it is not required, Haworth said, some of the participants have already said they plan to decorate little wagons for their pups to ride in and throw beads.

The Krewe of Barkus Pet Parade will begin at 3:45 p.m. on Veto Street and continue north to the Washington Street Park.

“I think it is going to be really fun,” Haworth said.