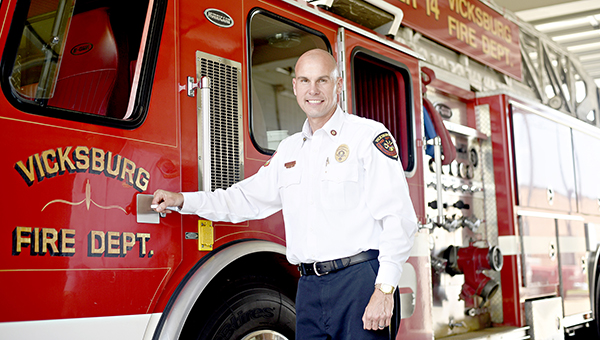 Vicksburg Fire Chief Craig Danczyk has been elected chairman of the Vicksburg-Warren 911 Commission.

The commission oversees the operations and budget of the 911 Communications Center.

“We just want to have an efficient 911 (system),” Danczyk said. “We want to have a good dialogue when we deal with any kind of matter, whether it’s budget, personnel or complaints. I look forward to it (serving).

“It’s a little more responsibility, but I was honored to be nominated and voted in, and I appreciate the vote of confidence of my peers.”

He said the ultimate goal of the commission “is to have very positive cooperation … we want to have very professional dialogue; we may not always agree, but I think most of the time we will.”

“I think we’ve got the right pieces in place, we’ve just got to maintain it,” he said. “We will try to make decisions that will benefit the residents and public safety. We want public safety to have an asset like 911 when the calls come in and they get good dispatching to assist a positive outcome on emergency calls.”

Danczyk is a 25-year veteran of the fire department. He was appointed chief in 2017 by Flaggs. He served as a deputy fire chief for more than two years.