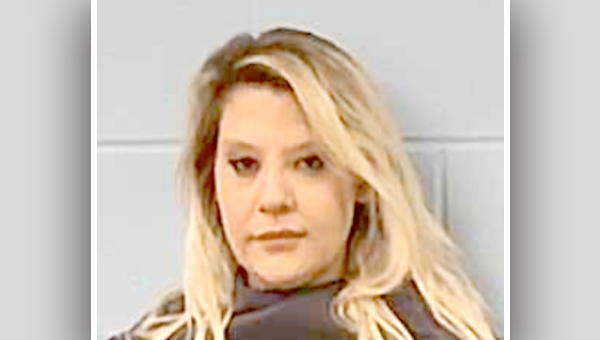 A Tallulah, La., woman has been indicted in the theft of more than $56,000 from a Vicksburg law firm.

Haley Munn O’Briant, 30, 128 Hunter Drive, Tallulah, is charged in the single count indictment with the reported embezzlement of $56,274.01 from the law firm of Varner, Parker, & Sessums, 1110 Jackson St.

In another case, two brothers were indicted on multiple charges involving a drive-by shooting in which a juvenile was wounded.

Demarion Tayshaun Smith, 16, and Samuel Caron Smith, 18, both of 301 Drusilla Lane, are each charged with one count of aggravated assault and one count of drive-by shooting in the April 14 incident that occurred on the 2700 block of Alcorn Drive.

According to police reports, the brothers fired several shots from a car and one shot grazed the juvenile, who was treated and released from Merit Health River Region.

• Cierra Patrice Flowers, 30, 903 Hillcrest St., was indicted on a charge of aggravated assault-extreme indifference involving a March 25 disturbance at the booking area of the Vicksburg Police Department.

According to police reports, Flowers is accused of trying to strangle another prisoner with her handcuff chain while they were in a holding area at the police department.

4Erica Dionte Ferguson, 31, 320 Fisher Ferry, was indicted on charges of malicious mischief and aggravated assault-domestic violence involving an argument with a woman she once dated in which she rammed the other woman’s car while she was in the vehicle.

• Jason Ferguson, 38, 2427 Oak St.; possession of methamphetamine and possession of amphetamine. He was indicted as a habitual offender because he has two prior felony convictions.