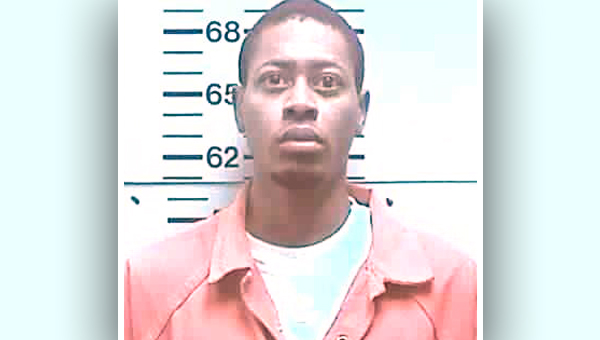 A Vicksburg man accused of beating his wife and setting fire to the house in which she was living has been indicted by the Warren County grand jury.

Antonio Trenell Myles, 34, 121 Lee Circle, is charged in the indictment with domestic aggravated assault-strangling and arson in the case. He was being held in the Warren County Jail in lieu of $25,000 bond. He was indicted as a habitual offender because he had two prior felony convictions.

According to Warren County Sheriff’s Office reports, deputies were called about 11:50 p.m. May 5 about a domestic dispute. When deputies arrived, they met a woman who said she had been assaulted by a man.

The deputies went to the woman’s home and arrived to find the house on fire and Myles standing in the front yard. They arrested him on assault and arson charges.

He is accused of taking a woman at gunpoint, forcing her into a car and holding her there against her will, and attempting to strangle her.

The aggravated assault charge accuses him of firing multiple shots at the home of a man while the man was inside the home. Ferrell is being held without bond at the Warren County Jail.

Turner is accused of firing shots from a car that hit an 18-year-old teenager.

According to Vicksburg police reports, Turner and the other teen got into a fight at JP&K Foods Convenience Store, 2607 Halls Ferry Road, and Turner later left in a car with another person. Shots were fired from the car as it left with one striking the teen in the chest.

• Jeremy Richter, 23, 9 Beauregard Drive; enticement of a child to produce visual depiction of sexual conduct. He is accused of asking a child to take and send sexually explicit pictures, according to the indictment.

• Salvatore John Digennaro, 30, 211 Grand Oak Blvd., Clinton; robbery. He is accused of taking $600 from a cash register at Walmart.