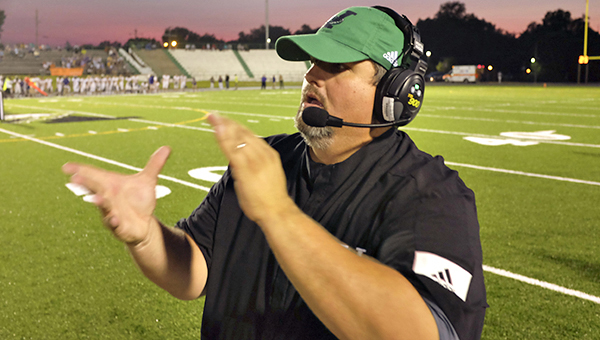 For 28 years, Vicksburg High’s football program was a model of stability. It only had three head coaches between 1983 and 2011, and a number of assistants also had long tenures.

The Gators didn’t win any state championships, but did have some great seasons and players, and a 194-140 record.

Since Alonzo Stevens retired in 2011 and ended that era, things have been a lot different. Four coaches have now come and gone after Tim Hughes was relieved of his duties last weekend, and they had a combined 26-55 record.

There are underlying reasons behind those trends — talent cycles, difficult schedules, plain bad luck — that any coach might have struggled to overcome. But the correlation between stability and success is not unrelated.

Vicksburg has had good coaches in the past decade. Tavares Johnson left here and won two Class 1A championships at Simmons, and got Northside to the Class 2A title game last season. Marcus Rogers has a 19-7 record and one region title at Holmes County Central the past two years.

Hughes was only 6-15 during his tenure, but he inherited a massive rebuilding job. Lorenzo Breland’s only team in 2017 had 34 seniors and 20 starters who were not on Hughes’ first roster. Hughes had started to restock the roster and move the program forward from a point of low morale.

The Gators won their last two games of 2019 and have a dozen starters coming back. Several of them are already getting attention from Division I colleges. The potential for success is certainly there. So is the potential for chaos as yet another new coach and system comes in.

We still don’t know the reason for Hughes’ dismissal. He hasn’t spoken publicly, and neither have Vicksburg Warren School District officials.

Whatever the reason, it is not a good situation for Vicksburg’s football program. Four coaches in a row have lasted three seasons or less. That’s a pattern. Any top-flight coaching candidate will be wary of being on a short leash. Players become cynical as coaches they’ve bonded with come and go. Fans grow impatient as soon as the sugar high of a new hire wears off.

Vicksburg’s recent lack of success was a problem that needed to be worked through. Hughes and his staff were doing that when the reset button was hit yet again.

It’s not impossible for Vicksburg High to attract good coaches or for them to win. It’s hard for them to win, however, when they barely get the chance.