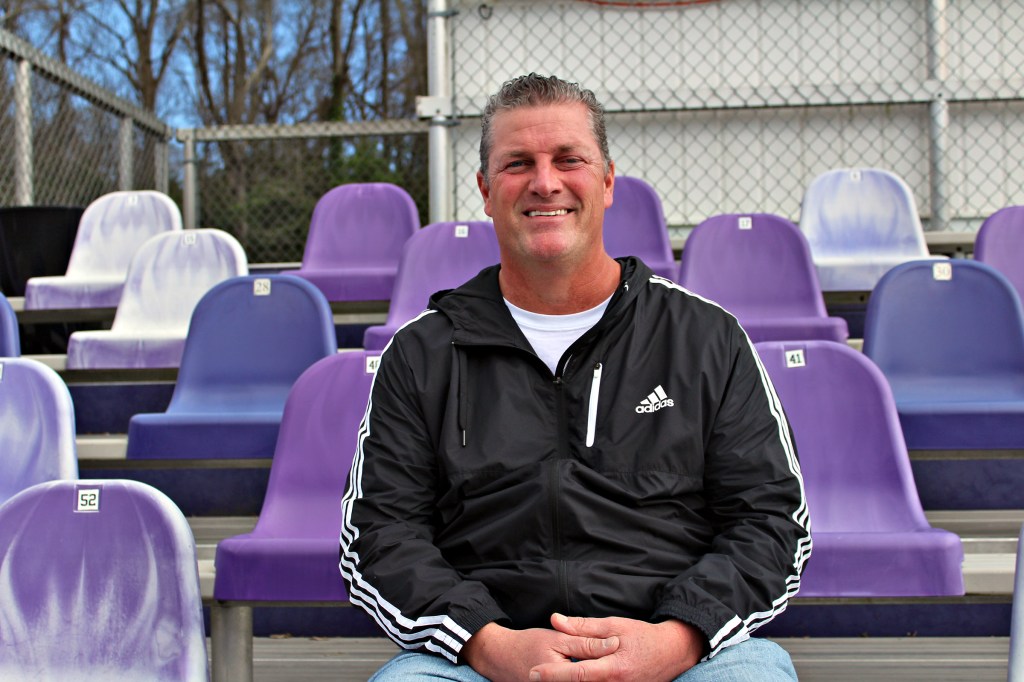 When he was a teenager attending Vicksburg High School, Stacy Sizemore said he still had a lot of friends who went to school across town at St. Aloysius. Even after he went away to college and spent years coaching high school football in Florida, he said he kept up with St. Al because of those relationships.

If Sizemore had always been a close friend of the St. Al family over the last 30 years, on Friday he was finally welcomed in as a full member.

Sizemore was introduced as St. Al’s next head football coach on Friday morning. He spent last season as Vicksburg High’s linebackers coach, and will now take over the program he’s always followed and admired from afar.

“I’ve always had a fondness for St. Al. I’ve always respected what they’ve done here. It just happened, and it felt right. It’s one of those jobs that just feels right,” Sizemore said. “I walked in the building this morning to speak to all the male students in the school and then Coach Jones walked me around to meet with some other teachers and administration, and secretaries and all that, and it felt like I had been here for 10 years because I knew half the people. It’s nice to be in a place where you know people and they appreciate you. They know my mom and dad. So it just feels right. It feels nice.”

Sizemore will replace Michael Fields, who resigned after going 14-18 in three seasons as St. Al’s head coach. Fields also spent three seasons there as an assistant from 2014-16. St. Al reached the playoffs twice during Fields’ time as head coach, but lost in the first round both times.

Fields will continue working as the school’s track and field coach, and said the decision to move on from football was his. The 55-year-old has been coaching and teaching for more than 30 years and is already retired from the Mississippi public education system. 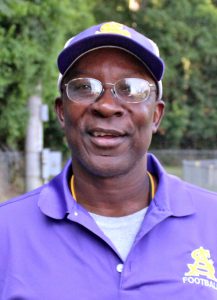 “We were at a standstill,” Fields said. “They were looking for another voice to push them over the top. I don’t think I was the problem, but I wasn’t the solution.”

Right about the same time Fields made his decision to step down, Sizemore’s own situation at Vicksburg High became a bit tenuous.

A combination of loyalty to Hughes and uncertainty about the future led Sizemore to seize on another opportunity when St. Al came calling.

“Everything is about timing. It just happened to be the right time,” Sizemore said. “You don’t know who’s coming in as head coach, and obviously whoever they hire they’re going to bring in their own people — and they should. That’s the business that we live in. I get it. I understand that.”

Sizemore went 28-6 as the head coach at American Heritage in Delray Beach, Florida, and took the team to the Class 3A championship game in 2014. That success, combined with a familiarity of not just St. Al itself but the challenges small Catholic schools can face in athletics, made him a good fit for the job, St. Al athletic director Mike Jones said.

Sizemore also went 31-13 in four seasons at Canterbury High School and Melbourne Central Catholic in Florida from 2015-18. He returned to his hometown to join Hughes’ Vicksburg High staff in July 2019.

“I think it’s a fantastic hire. His success never really played into it. It’s his connections to St. Al and he’s excited to be here,” Jones said. “The knowledge and the success that he’s had, he’s young, and he’s been at Catholic schools in Florida and knows what we’re about.”

Sizemore certainly knows all about that. He grew up in Vicksburg — his father, Jim Sizemore, coached at Warren County’s other three high schools at one time or another over a 25-year span — and had a number of friends who went to St. Al.

He counts former St. Al head coach B.J. Smithhart among his friends, and said he’s always appreciated the school’s tradition that spans multiple generations. St. Al’s first recorded football game was in 1912, and it has fielded a team continuously since at least as far back as 1925.

“I want to be a part of that, and continue to build off of it. It’s building off the tradition that is here, and getting the young men to understand that there were a lot of young men that came before them that built this program. We want to build a program that alumni will be proud of,” Sizemore said. “That’s unique that they stay here. They send their kids to where they went to school at. That just shows how much pride they have in their school. I want to be a part of that and build off of the success that was started long ago.”

Sizemore will have to wait a little while to fully become part of it. He’s still employed as a teacher at VHS and will start his tenure at St. Al on what he and Jones loosely described as a “part-time” basis until the school year ends. Sizemore hopes to guide the Flashes through spring practice in April or May and then dive into the offseason conditioning program this summer.

In the meantime, he said he’ll attend as many St. Al sporting events as he can to get to know his future players and fellow Flashes.

“I’m excited. It’s a great opportunity. It’s a great place,” Sizemore said. “I’ve always thought it was a special place with the small school atmosphere, which is what I’m used to. Throughout my career that’s where I’ve been, is small schools, so I understand it coming in.”