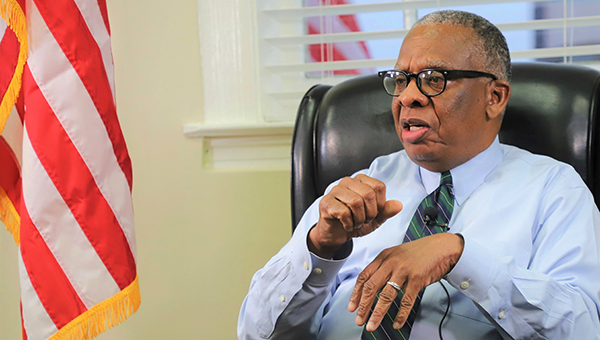 When the city’s voters go to the polls for the 2021 municipal elections, they’ll be asked to pay a penny more in sales tax.

The Board of Mayor and Aldermen Monday approved a resolution asking the Legislature to pass a local and private, or special, bill allowing the board to call a referendum to levy a 1 percent sales tax increase to fund a 10-year, $55 million capital improvements program for the city.

Food and beverage sales and hotel room rentals will be exempt from the tax. Flaggs said the referendum would be on the ballot for the city’s municipal general election in 2021. Under state law, at least 60 percent of the city’s registered voters have to approve the tax before it could be levied.

“This is the 1 percent sales tax we’ve been talking about,” Flaggs said. “We can make some significant capital improvements for the city and it includes paving and re-paving and everything.”

Flaggs introduced the idea of the 1 percent sales tax in April 2018.

At the time, he outlined a $26.5 million plan for public works, public safety, tourism and paving, but singled out the new port as the key element in the 10-year plan, calling it “the game-changer.”

He said $28.5 million of the proposed $55 million capital program would be dedicated as potential matching funds for the port project.

Flaggs believes the first year of a new legislative session “is the best time to provide those kinds of (local and private) resolutions.”

He said after the meeting he wants to take the money and reinvest it in other capital improvement bonds, which is similar to what was done to finance the Sports Force Parks on the Mississippi.

Because the city will be using a dedicated income source to fund the bonds, he said, it will not affect the city’s bonded indebtedness, which is capped under state law.