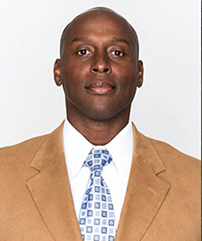 Carter comes to Millsaps from Mt. San Antonio College, a community college in Walnut, California, where he has worked as defensive coordinator and professor of kinesiology since May 2017.

“Millsaps is a solid program and my goal is to figure out a way of going from good to great. I am very excited about this challenge and opportunity to do so, and along the way help build up these young men, not just to be common men, but uncommon men,” Carter said in a statement. “Men who will embrace competition, hard work, accountability and how to respond to failure that may come up in life. I love this great game of football and I can’t wait to get started.”

Carter has extensive experience as a defensive coach, with stints at Colorado School of Mines, Whittier College, Colorado College, Princeton University, and New Mexico Highlands University. He also coached with the Las Vegas Locomotives of the now-defunct United Football League.

Carter is a graduate of New Mexico Highlands University, where he earned a bachelor’s degree in human performance and a master’s in sports administration. As a player there, he was a four-time All-Rocky Mountain Conference selection.