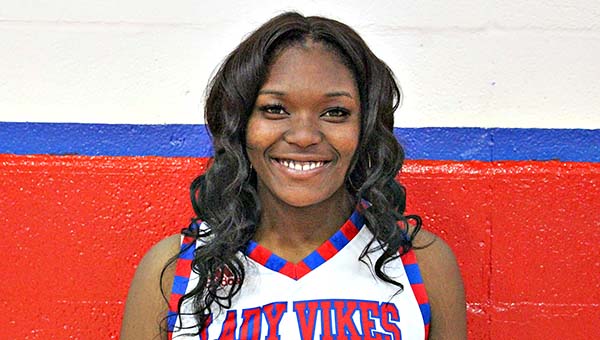 Warren Central’s Zy’Kerri Segrest scored 12 points Monday, but the Lady Vikes lost 67-29 to Clinton in the first round of the MHSAA Region 4-6A tournament.

A couple of big runs helped Clinton gain some separation from Warren Central, and the Lady Arrows steadily pulled away after that to win 67-29 in the opening round of the MHSAA Region 4-6A girls basketball tournament on Monday.

After WC’s Ashlea Raney tied the game at 11 with a 3-pointer early in the second quarter, Clinton outscored Warren Central 14-2 the rest of the period to take a 25-13 lead into halftime. Another 13-3 run in the third quarter pushed the lead over 20 points, and Clinton held the Lady Vikes to six points in the fourth quarter to close it out.

Jakayla Johnson led Clinton (21-4) with 15 points, and Kimbreyell McBride added 11. Ten players scored for Clinton, and six of them had at least six points.

Clinton clinched a spot in the state tournament with Monday’s victory, and will play the Murrah-Madison Central winner in the championship game Friday at 7 p.m.

All of the tournament games are at Murrah High School in Jackson.

Warren Central’s boys will play Murrah in the first round Tuesday at 7:30 p.m.

In the other first-round boys’ game, Madison Central beat Clinton 66-55 on Monday.
The boys’ consolation game is at 5:30 p.m. Friday, and the championship game is at 8:30.