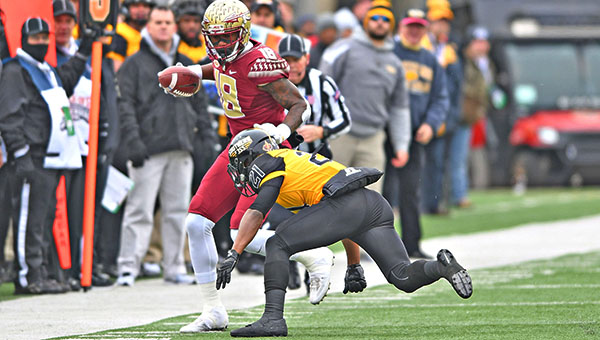 HATTIESBURG — Southern Miss and Florida State will play each other in football during the 2023 season, the schools announced Tuesday.

The Golden Eagles and Seminoles will play in Tallahassee on Sept. 9, 2023. It will be the first meeting between the teams since the 2017 Independence Bowl, and the first in the regular season since 1996.

Also on Tuesday, Florida State announced it will open the 2022 and 2023 seasons with neutral-site games against LSU. Those two teams will play in the Superdome in New Orleans on Sept. 4, 2022, and at Orlando’s Camping World Stadium on Sept. 3, 2023.

The 2022 meeting will be the first between Florida State and LSU since 1991.

“We’ve been working on this for a few years,” Sugar Bowl CEO Jeff Hundley said. “The stakes are high, but with LSU and FSU we have two nationally-recognized programs within driving distance of New Orleans. We’re expecting a big and enthusiastic crowd here for Labor Day weekend in 2022. It should be fun.”