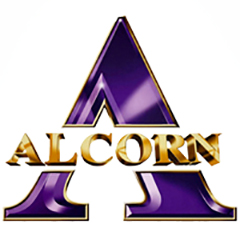 Playing at Sports Force Parks is turning Alcorn State’s softball team into quite a force indeed.

Ashley Arnold doubled in two runs during a seven-run second inning that propelled the Lady Braves to a 14-6 run-rule victory over Jarvis Christian in the opening game of the River City Classic tournament Friday afternoon at Vicksburg’s Sports Force Parks on the Mississippi.

It was the third consecutive run-rule win for Alcorn State (4-4) at the facility. It swept a doubleheader against Kentucky State on Thursday, and outscored its opponents 42-11 in the first three games of an eight-game weekend there.

Brittney Triplett went 3-for-3 and scored four runs in Friday’s win over Jarvis Christian, while Amari Ramsey was 2-for-2 with a double, two RBIs and one run scored. Desirea Lindsey also was 2-for-2, with one RBI and two runs scored.

Former Warren Central star Kelsey Lockridge singled in a run and scored another during Alcorn’s big second inning, which gave the Lady Braves a 7-2 lead. Alcorn scored in each of the last five innings and finished it via the mercy rule in the sixth when Arnold stole third base and scored on an error.

Alcorn had eight stolen bases in the game, including two each by Arnold and Simone McKinney.