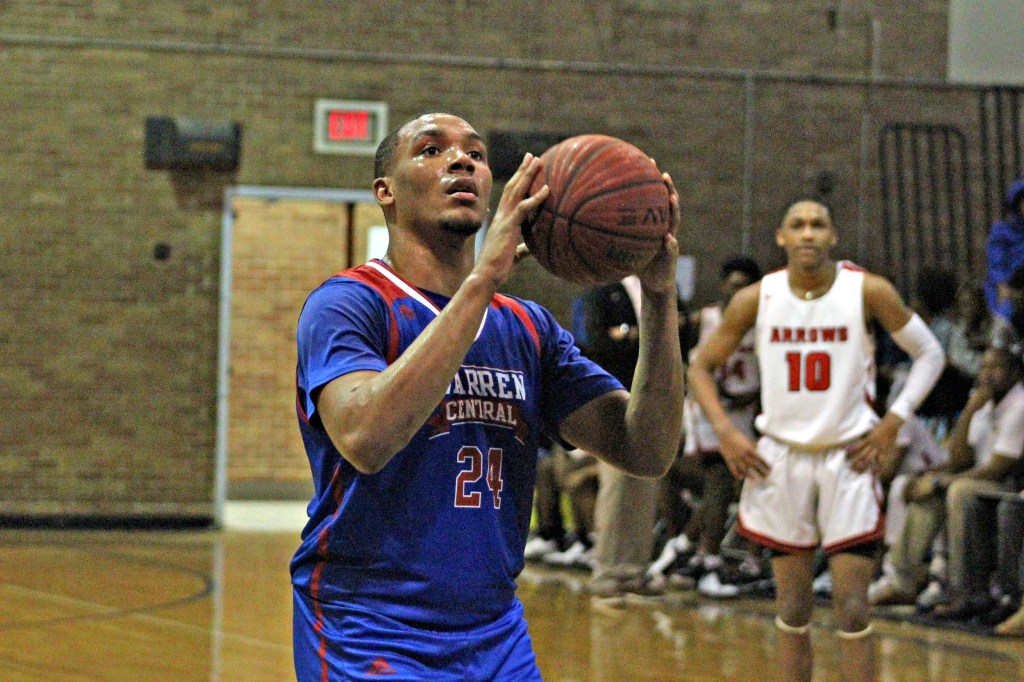 JACKSON — Last week, Warren Central boys’ basketball coach Bruce Robinson said postseason success was all about getting the right matchup. On Friday his Vikings ran into a bad one and got pushed right out of the playoffs.

Kimani Hamilton scored 26 points, Omarion Luss added 20, and Clinton pulled away from Warren Central in the second half to win 77-66 in the MHSAA Region 4-6A tournament consolation game.

“That’s a huge letdown for us, not being able to get back there again this year,” Robinson said. “You have to build on that and get to that next round, even if you have to travel, so that’s a real disappointment.”

The loss finished an up-and-down season for Warren Central. It hit the holiday break with a 10-6 record, but went just 2-10 after New Year’s. Despite the second-half slide, Robinson said he was proud of the way his team handled the adversity.

“A lot of times you judge a season on wins and losses. But these guys never stopped coming to practice and never stopped fighting. Every day we’re teaching,” Robinson said. “I’m proud of this group. It was one of our better groups in terms of personality. We had our problems and whatnot, but this was a fun group to coach.”

Friday’s game was fun for about 2 ½ quarters. A quick surge at the start of the third quarter put the Vikings ahead 43-38 with four minutes left, but then it got away from them.

Clinton finished the third quarter with a 13-5 run to take a 51-48 lead into the fourth quarter. Hamilton hit a 3-pointer with 4:41 remaining to push the lead to 59-50, and the Arrows stayed well out in front after that. Another basket by Hamilton and a three-point play by Allen Hughes made it 70-57 with 1:48 to go.

Robinson said a fast pace early contributed to the Vikings’ demise late in the game. Clinton led 36-34 at halftime.

“When you look at the halftime score and it’s at 30, that’s a problem,” Robinson said. “We might have run out of gas. Our bench was cut short. I thought we played valiantly and put up a good fight.”

Warren Central whittled a 15-point deficit in the second half down to eight before a series of turnovers allowed Madison Central to restore its double-digit lead.
Madison Central will play at Oxford in the first round of the Class 6A state tournament on Monday.

Warren Central (8-16), which only had two seniors in the regular rotation, finished the season on a 12-game losing streak. Coach Darein Hilliard, however, was hopeful that the game action his young players saw over the course of the season will benefit the program moving forward.

“We had to focus a lot on our young kids. The stage was maybe a little bit too big for them, but maybe it bodes well for next year. They got an opportunity to play a lot of time, get a lot of experience, and play against some pretty good ballclubs,” Hilliard said. “We’ve got a chance to see what it’s going to look like next year, so we’re pretty optimistic. We’ve got a couple of kids that could help us coming up from middle school, so we’re excited and looking forward to it and getting started.”