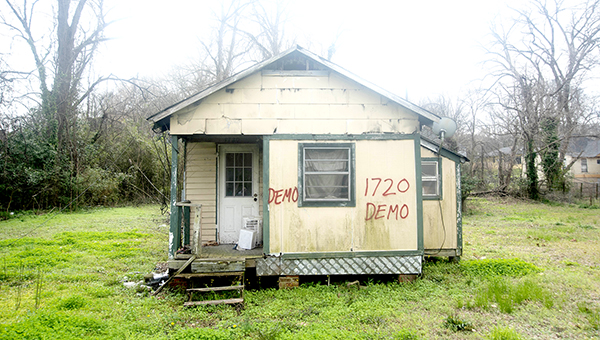 The city of Vicksburg has received a $75,000 grant from Mississippi Home Corp. to continue a program of replacing blighted homes with new buildings.

The Board of Mayor and Aldermen Tuesday approved an agreement with Mississippi Home Corp. for the money, which will provide funds to acquire and raze dilapidated homes at 1720 Crawford St., 3512 Oak St., and 902 National St. at a cost of $25,000 per property, Resell Gibson-Williams, city housing coordinator, said.

Vicksburg, which entered the program in 2018, is the first city in the state to participate in the blight elimination program, which is designed to acquire and raze dilapidated homes and replace them with new ones to be purchased by new owners.

“These homes being demolished are vacant; most of these have been on our demolition list for a couple of years,” she said. “This is making sure the lot is available, and taking the dilapidated structure off so the blight partner can come in and decide what type of structure to put on it.”

Under the blight program, the city acquires a property that has been condemned by city building inspectors. To be eligible for the program, the property must have a clear title.

Once the building on the site is demolished, the blight partner — a nonprofit corporation — buys the property and builds the new single-family home after the old building is removed. The new home is then sold to a new owner.

“This allows somebody to put a single-family structure versus it being just a vacant lot.”