Gators pummel Grenada in first round of Class 5A playoffs 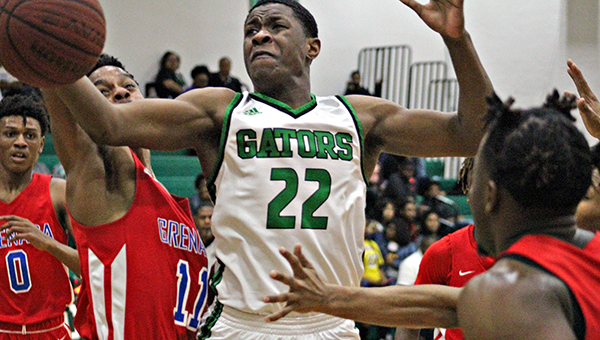 The first step toward a state championship was the easiest for the Vicksburg Gators.

The Gators never trailed, opened a 22-point lead by halftime, and cleared their bench by the midway point of the fourth quarter as they cruised to an 85-50 win over Grenada in the first round of the MHSAA Class 5A boys’ basketball playoffs on Tuesday.

This is the third time in four years that the Gators (20-9) have reached the second round of the playoffs. They haven’t been beyond that, however, since reaching the Class 5A championship game in 2014.

Up next is a road trip to Region 1-5A champion Center Hill (22-8) on Saturday at 6 p.m. Center Hill is ranked No. 4 in Mississippi by MaxPreps.com — Vicksburg is No. 21 — and has won six of its last seven games.

Center Hill had a first-round bye in the state tournament thanks to its region championship.

“It’s super sweet,” Vicksburg coach Kelvin Carter said. “We were at this stage last year and got put out by Cleveland Central. To win this game, and to win in this fashion is sweet. But going to Center Hill is going to be a tough game.”

If the next round will be difficult, Tuesday’s playoff opener against Grenada (13-17) was about as simple as it gets.

The Gators scored the first eight points of the game, then hit four 3-pointers in the last 4 ½ minutes of the first quarter to take a 24-12 lead. Runs of 10-0 and 8-0 in the second quarter pushed it to 49-27 by halftime and the game was effectively over. 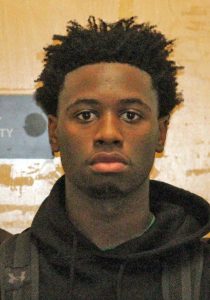 Cameron Butler finished with a season-high 29 points, to go along with three steals and three assists, for the Gators. Taylon Smith scored 15 points, Datrick Anderson and Peytin Jackson had nine each, and LaCarius Johnson grabbed 10 rebounds.

All of Anderson’s points came on three 3-pointers in the second quarter, including two during the 8-0 run that pushed the Gators’ lead to 25 points. He was one of a number of substitutes and young players who saw extended playing time in the blowout and contributed more than just minutes. The bench scored 34 points.

“We jumped them early and didn’t look back,” Carter said. “We got some contributions from guys that haven’t gotten a chance to play much. Datrick Anderson started the fire and we kept burning.”