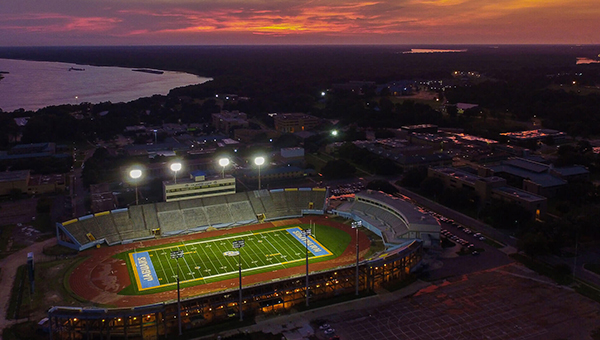 The move is being made because the turf at LSU’s Tiger Stadium is being replaced this offseason and will not be ready for the spring game on April 18.

According to WAFB-TV in Baton Rouge, details of the arrangement are being finalized and an official announcement is expected Wednesday.

According to the WAFB report, Southern athletic director Roman Banks is hoping it can be a community event uniting the two Baton Rouge schools.

A.W. Mumford Stadium, located on Southern’s campus, seats 28,500. LSU’s Tiger Stadium seats 102,321. LSU’s spring game attendance has averaged about 30,000 in recent years, but could see a spike this year with the Tigers coming off an undefeated season and national championship.

Also on Tuesday, LSU announced it has hired Scott Linehan as its passing game coordinator. Linehan has more than 20 years of combined experience as an offensive coordinator in the NFL and the collegiate level.

Linehan most recently served on the Dallas Cowboys staff for five years, including as offensive coordinator from 2015-18.