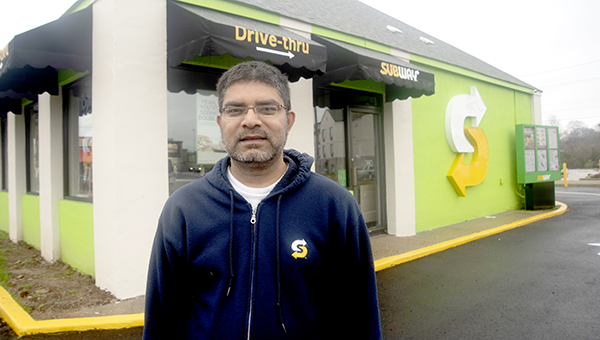 With a whole new look, the Subway on Pemberton Avenue is reopening Wednesday.

For nearly a year, the sandwich shop was closed after severe storms — including a documented EF 1 tornado — rolled through Vicksburg on April 13, 2019.

“We had a lot of damage inside with the water and everything,” restaurant owner Sam Patel said.

This caused some mold issues, and in an effort to make sure everything was clean and “ready-to-go,” Patel said, they took down walls.

“We decided to open everything,” he said.

Patel said none of the cleanup or repairs could be done to the restaurant until the insurance company paid out. But once all was cleared and he got the green light, it was a go.

While making repairs from the tornado, Patel said, he decided to go with a new look for his business, which was approved by the Subway Restaurant Co.

While the Subway on Pemberton Avenue might have a new look, patrons of the establishment will return to familiar faces.

“We are hiring employees who have been working for me,” Patel said, “along with a couple of new employees.”

Patel has been at the Pemberton Avenue location since 2008 and is excited to reopen his business.

“I can’t wait to see my old customers back. They have been asking me everywhere I go, ‘When are y’all opening,’ and now the day has come,” he said.