Vikings, Lady Vikes wrap up a down year 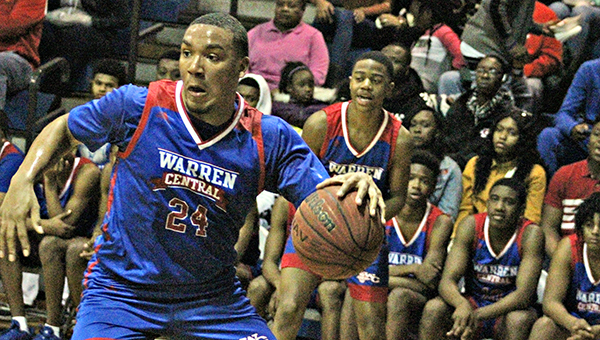 Warren Central endured a season filled with adversity and losses, disappointment and distractions. Given that, it might not have been a surprise that it did not end with the Vikings lifting a gold basketball in triumph. It was more distressing, coach Bruce Robinson said, that they didn’t get the chance.

The Vikings lost 77-66 to Clinton in the consolation game of the MHSAA Region 4-6A boys’ tournament on Friday. They were denied a spot in the Class 6A state tournament for the first time since 2016, a clear step backward for a program that had established itself as a playoff regular over the past three seasons.

“That’s a huge letdown for us, not being able to get back there again this year. You have to build on that and get to that next round, even if you have to travel, so that’s a real disappointment,” Robinson said.

The Vikings (12-15) only won two of their last 12 games. Part of the slump was caused by distractions from ongoing construction at Warren Central — the team had no locker room or weight room, and its gym is currently in use as a main corridor for students and faculty to pass through — as well as an extremely difficult schedule.

The Vikings played eight games this season against teams that won their region tournaments, and several others with winning records that did not. Their last 12 opponents all made the state tournament in either Class 5A or 6A.

“We play a tough schedule. I could water it down. There’s an old saying that I don’t care who you beat as long as you beat somebody, but I’m most definitely not going to water a schedule down,” Robinson said. “We just have to get to work, and we’re going to get better.”

Considering everything they faced and endured, Robinson said, he enjoyed the challenge of the season and the effort of his players even if things ended in less than desirable fashion.

“A lot of times you judge a season on wins and losses. But these guys never stopped coming to practice and never stopped fighting,” Robinson said. “Every day we’re teaching. I’m proud of this group. It was one of our better groups in terms of personality. We had our problems and whatnot, but this was a fun group to coach.”

Warren Central’s girls’ team, meanwhile, had a lot more downs than ups. The Lady Vikes finished on a 12-game losing streak — their last win was Dec. 13 against Lanier — and were eliminated from state playoff contention with a 46-27 defeat against Madison Central in the Region 4-6A tournament consolation game.

It was the third game in a row in which the Lady Vikes (8-16) failed to score at least 30 points. They only scored more than 40 once in their last 13 games.

A big reason, coach Darein Hilliard said, was a young lineup that is still growing into major roles on the team. Two sophomores and three freshmen formed the starting lineup for Friday’s season finale, and only two seniors — guard Ashlea Raney and forward Aniya Sanders — were part of the regular rotation this season.

Sanders, the 2019 Vicksburg Post Player of the Year and a Copiah-Lincoln Community College signee, missed the last four games with an ankle injury.

“We had to focus a lot on our young kids. The stage was maybe a little bit too big for them, but maybe it bodes well for next year,” Hilliard said. “They got an opportunity to play a lot of time, get a lot of experience, and play against some pretty good ballclubs.”

Another positive, Hilliard added, was that the younger players were able to get their legs under them this season and hopefully work through the mistakes that inexperience often brings.

“We got a chance to see what it’s going to look like next year, so we’re pretty optimistic,” Hilliard said. “We’ve got a couple of kids that could help us coming up from middle school, so we’re excited and looking forward to it and getting started.”