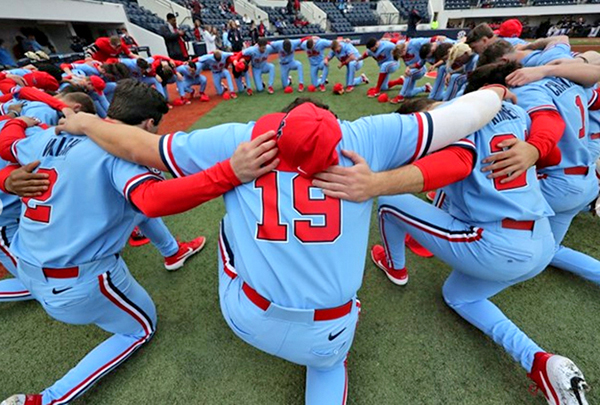 OXFORD — What was supposed to be a midweek walk in the park turned into a nail-biting thriller for Ole Miss.

Anthony Servideo hit a walk-off solo home run leading off the bottom of the 10th inning Wednesday to give the Rebels a 9-8 victory over in-state opponent Alcorn State.

The two Mississippi schools, surprisingly, had never played each other before Wednesday’s game at Swayze Field.

No. 15 Ole Miss was coming off a series win over then-No. 1 Louisville, while Alcorn won two out of three against Southwestern Athletic Conference competition at the Andre Dawson Tournament in New Orleans on opening weekend.

Despite their vastly different pedigrees, Alcorn was not intimidated by the challenge of facing a Top 25 team on the road. The Braves jumped on Ole Miss for four runs in the top of the first inning and chased starting pitcher Greer Holston before he could record an out.

The Rebels tied it with two runs in the second inning and two more in the third. The teams traded runs in the fourth, Ole Miss scored twice in the sixth, and Alcorn tied it again in the seventh on home runs by Cole and Tristin Garcia.

Elko put Ole Miss in front yet again, 8-7, with an RBI single in the bottom of the eighth. Once again, however, Alcorn tied it in the ninth when Cole’s one-out single brought home Brandon Rembert.

Alcorn left a runner on base in the top of the 10th, and then Servideo finally ended the back-and-forth drama by putting a 1-1 pitch over the right center field wall leading off the bottom of the inning.

Ole Miss will continue a season-opening eight-game home stand when it faces Xavier Friday at 4 p.m. in the first of a three-game series. Alcorn won’t be in action again until Feb. 26, when it goes to Starkville to play another Top 25 team from the Southeastern Conference in Mississippi State. 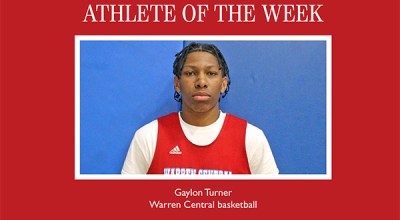