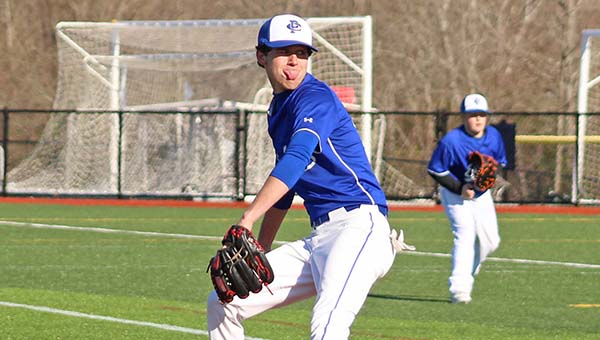 At its core, baseball has three components —hitting, pitching and fielding. Successful teams tend to do them all well. When they’re all done poorly, they wind up like Porter’s Chapel Academy on Friday afternoon.

The Eagles struck out 13 times in five innings, and committed a number of errors both on the mound and in the field that led to a 13-0 loss to Clinton Christian in their season opener at Sports Force Parks.

PCA also lost 4-1 to Vicksburg High in the second game of a split doubleheader. PCA struck out 33 times in the two losses.

Clinton Christian pitcher Troy Andersen had all 13 strikeouts in 4 2/3 innings pitched for Clinton Christian, and also hit a two-run double. Andersen walked two batters and hit one, but the only ball PCA got out of the infield was a wind-blown triple by Michael Tod Andrews in the first inning.

“That dude had some pretty good velo on it, but he was pretty much throwing one pitch so we have to get out there and put the ball in play,” PCA coach Larry Allen said. “I wasn’t really upset as much with that, as I was with the errors we made in the field in that one inning. When they scored those five runs it should have been none.”

The five runs Allen referred to came in the top of the second inning. Clinton Christian’s Drew Guthrie hit a fly ball down the right field line that PCA’s John Michael Wilkerson lost in the sun, and it fell in for a two-run single. Scott Pettis followed with a two-run double to left field that was also misplayed.

The two hits gave the Warriors a 5-0 lead, and they blew it open with four more PCA-aided runs in the fourth inning. Andrews, who had come on in relief of starter Spencer Azlin, walked five batters and threw seven wild pitches.

Clinton Christian tacked on four more runs in the fifth inning, with two of them scoring on Andersen’s double and another on a single by Brantley Malpass, to push it to 13-0. They closed it out via the mercy rule in the bottom of the inning.

The lackluster performance and biting cold on a windy 45-degree afternoon left a sour impression on the Eagles in their 2020 debut.

“I always want to see more hustle and attention. I got on to the dugout a little bit. But the things we can control, we have to do that right,” said Allen, who is in his first season as PCA’s head coach.

Vicksburg 4, Porter’s Chapel 1
Kentrez Bershell hit a two-run, go-ahead single in the fourth inning, and Kendrick Bershell had 19 strikeouts in 6 2/3 innings on the mound to lead Vicksburg High past Porter’s Chapel Academy on Friday.

Josh Smith singled and scored a run in the first inning for PCA.

Kendrick Bershell only allowed one other hit and walked one batter while pitching into the seventh inning in the Gators’ season opener.