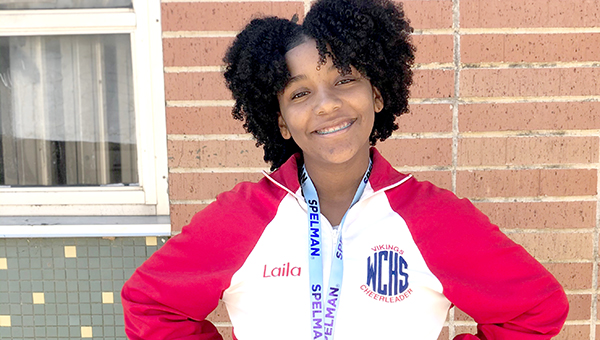 A Vicksburg teen is giving back to others in Mississippi in a way that most teens wouldn’t even consider.

Laila Brown, a freshman at Warren Central High School, has started a health drive to give back to people affected with HIV in Mississippi.

“I found out about the Grace House through my sister,” Brown said. “She is very interested in the CDC (Center for Disease Control)  and working with sexual health and things like that.”

Brown is collecting hats, clothes and travel-sized toiletries through March 20 for those individuals who use Grace House’s services.

Brown’s sister, Asia, who is a freshman at Selma University, coordinated a similar drive last year.

“I decided to do this project because my sister told me if I did not start doing things I am passionate about, I will never become interested in anything. I was talking about sexual health in my health class, but the only thing we talked about was abstinence,” Brown said. “And when we actually did talk about STDs we were just told that they were gross. This project has been important to me to help break the stigma and let people know about others who are affected by HIV. My work with this project has led me to consider going into a women’s health major in college.“

Ann Wallace DeRossette is a senior at Warren Central High School and a student intern with The Vicksburg Post.

Griffin wants to inspire greatness in her students