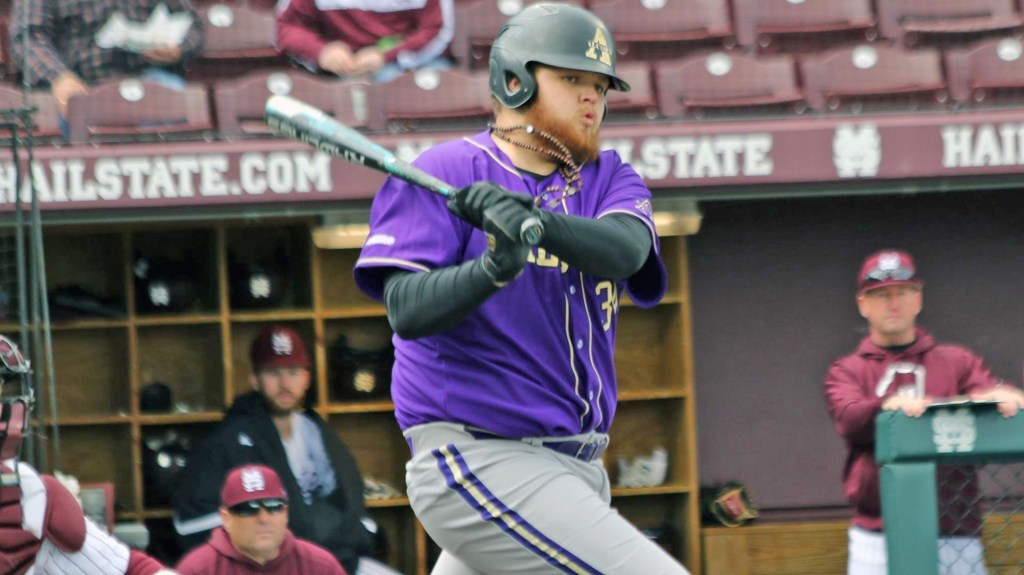 STARKVILLE — One day after one of the most stunning upsets of the college baseball season, Mississippi State made sure there would not be another.

No. 6 Mississippi State (6-2) bounced back to beat the Braves (2-3) 24 hours after losing to then-winless Texas Southern on Tuesday. That was Mississippi State’s first loss to a Southwestern Athletic Conference opponent since 2015.

Alcorn — which took Ole Miss to extra innings last week — put up a fight on Wednesday, but ultimately could not keep up with the Bulldogs.

Hunter Wilson hit a solo home run for Alcorn, and Tristin Garcia singled in two runs during a three-run rally in the fifth inning that pulled the Braves within a run at 5-4.

Garcia finished 2-for-5 with two RBIs.

Mississippi State, however, put the game away with three runs of its own in the seventh inning. Rowdey Jordan hit an RBI single and Westburg followed with a two-run, 410-foot homer to right center field for an 8-4 lead.

Five Mississippi State pitchers combined to rack up 18 strikeouts — the most Alcorn has allowed since 2013. Starter Houston Harding had seven of them in four innings of work, and Patrick Chase got five in two innings. Chase (2-0) earned the victory.

“Today was a tough day for us defensively and when you’re playing a quality team like Mississippi State, they make you pay when you give them extra outs,” Alcorn State coach Bretton Richardson said. “We will learn from this and get better. We have a tough opponent in Jackson State this weekend, we will be ready to win the series.”

Mississippi State will head west to California for a three-game series at Long Beach State beginning Friday night. It will play Southern Miss Tuesday at 6 p.m. at Trustmark Park in Pearl.

Alcorn will play at Jackson State Friday at 6 p.m.