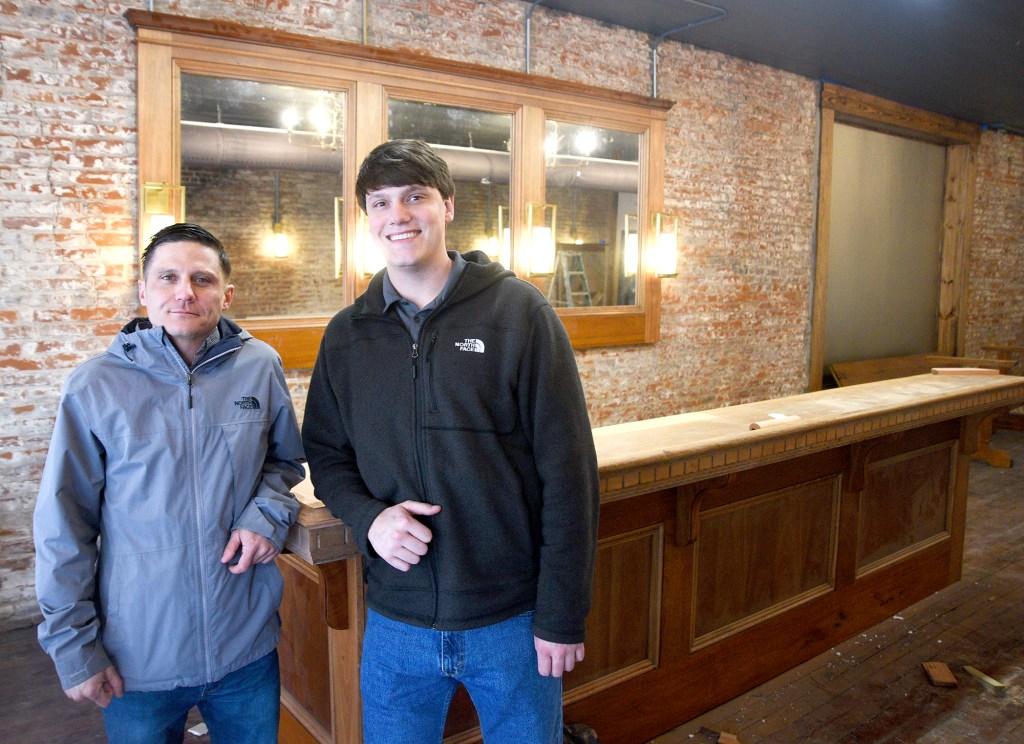 Jason and James Penley pose for a photograph Wednesday inside of the old Yesterday's Children Antique Doll museum building which will soon be Relish, a new restaurant coming to downtown Vicksburg later this year. (Courtland Wells/The Vicksburg Post)

The Board of Mayor and Aldermen Tuesday approved a conditional seven-year tax abatement for the proposed site of a business at 1104 Washington St.

The building, which is owned by District 5 Warren County Supervisor Kelle Barfield, is the former home of Yesterday’s Children Antique Doll and Toy Museum, which closed in July 2018. Barfield acquired the property in November 2018, county tax records show.

She said she will recuse herself when the tax abatement comes before the Board of Supervisors, adding she applied for it before she ran for office.

Barfield said the building is still being renovated, and its original floor and brick have been cleaned.

“It’s looking great,” she said. “It is beautiful to see an old structure shine again.”

She said the building has been recognized by the state Department of Archives and History and the National Park Service as contributing to the Downtown Historic District.

When renovations are complete, the building will be the site of a bistro called “Relish.”

Jason Penley, the bistro’s owner, said it will offer different cuisine but will be “heavily Italian influenced — fresh pasta, risotto, Italian techniques; a little French and some Asian. Very modern.”

Penley said he selected the building because he likes the downtown area.

“I like the building; it’s small, and that’s one of the main reasons why I wanted it,” he said.

He is waiting on repairs to the building’s room, construction of a vent hood and the installation of a drop ceiling before moving his equipment in.

The total amount of the tax break on the property has not been determined, pending re-appraisal. When the new appraisal is completed, the tax break will be on the increase in the value of the building.

That means if the building has a present value of $1,000 and the value goes up to $5,000, the additional $4,000 will not be taxed for seven years. The city will get the property tax revenue on the present $1,000 value during the abatement period.

The tax abatement must still be approved by the Warren County Board of Supervisors.

Warren County Tax Assessor Ben Luckett said once he receives the final tax abatement order from the city, he will re-appraise the property then inform the property owner how much will be taxed and how much property value will be subject to the tax break.

After the appraisal is done, the proposed tax abatement will be presented to the Board of Supervisors for approval.

Yesterday’s Child Antique Doll and Toy Museum was opened in 1986 by Carolyn Bakarich.

The museum displayed more than 1,000 dolls, including an extensive collection of rare late-Victorian era dolls from famous doll makers such as Simon & Halbig of Germany and Jumeau of France, and at the time was a “must-stop” site for many visitors to the city’s downtown.

Carolyn Bakarich died in 2014, and her husband, Mike Bakarich, a retired brigadier general, kept the museum operating. The museum closed after his death in July 2018.