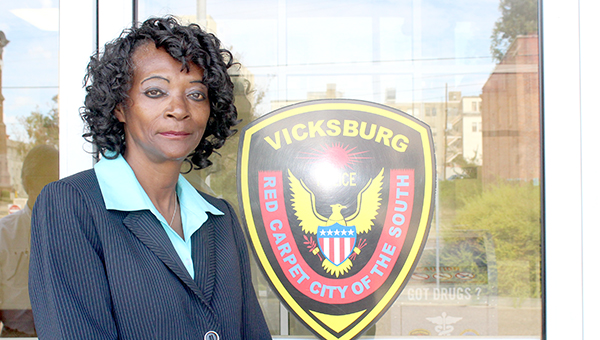 Prentiss, who died Feb. 12, retired from the Vicksburg Police Department in 2016 after 35 years of service, including serving as the department’s first domestic violence investigator; a position she originated. She returned to the department in November 2018 as a part-time officer and court bailiff.

Mayor George Flaggs Jr., who recommended naming the program in Prentiss’ memory, said he did it because of her service as a police offer.

“She was passionate about it (law enforcement),” he said, “She’d done 37 years with the Vicksburg Police Department. That’s the least we could do for her. She died while working for the city.”

“I know her family will appreciate it, too. It will be a great way to honor her,” he said. “She was a champion for women.”

Prentiss was hired as a dispatcher in 1981 and worked her way through the ranks before retiring as a lieutenant.

In a 2016 story in The Vicksburg Post on her retirement, Prentiss said she became a police officer because “I always enjoyed helping people. I wanted to do the job because I felt I could do well in it, and provide a service to the community, and it was exciting to me. There was never a routine day at the office.”

She was assigned as the domestic violence investigator by then-Police Chief Walter Armstrong.

As the department’s domestic violence investigator, Prentiss handled most of the protective orders for victims and reviewed cases and made follow-up calls to the victim to see if there were any services they may need.

She also worked closely with Haven House family shelter, and with men who were victims of domestic violence and abuse.

“I loved my job because I could give the victim or the abuser the time they needed to tell me all they had to tell me, whereas being on patrol, you just got the basics and stopped,” she said.