Late rally gives PCA its first win of the season 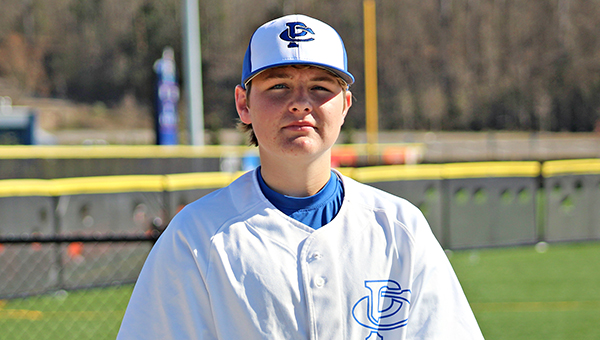 Porter’s Chapel Academy baseball player Luke Yocum drove in the go-ahead run with a sacrifice fly, and pitched 3 2/3 innings to earn the win, in a 9-7 victory over Clinton Christian on Tuesday.

Porter’s Chapel Academy’s bats broke out at last, and the Eagles finally broke into the win column as well.

Luke Yocum drove in the go-ahead run with a sacrifice fly, and the Eagles scored three runs in the top of the seventh inning to beat Clinton Christian 9-7 on Tuesday for their first win of the season.

Clinton Christian had beaten PCA 13-0 last week, and PCA had only scored five runs total in its first three games.

Andrews pitched 3 1/3 innings, and Yocum worked the last 3 2/3 to earn the win. Yocum allowed two runs and one hit, and struck out eight.

Drew Guthrie went 2-for-4 with two doubles and two runs scored for Clinton Christian. The Warriors drew 10 walks off of PCA’s pitchers — seven of them in the fourth inning, when they scored six runs to take a 7-5 lead.

PCA got a run back in the fifth with an RBI double by Yocum, and then rallied in the seventh to take the lead. A single by Taylor Osborne and an RBI double by Azlin were the Eagles’ only hits. Clinton Christian committed two errors, including one that allowed the tying run to score. Yocum’s sacrifice fly brought in the go-ahead run, and then Azlin’s double made it 9-7.

PCA will return to action Thursday, when it hosts Adams County Christian School at 6 p.m.