Jackson to host SWAC baseball tournament in May 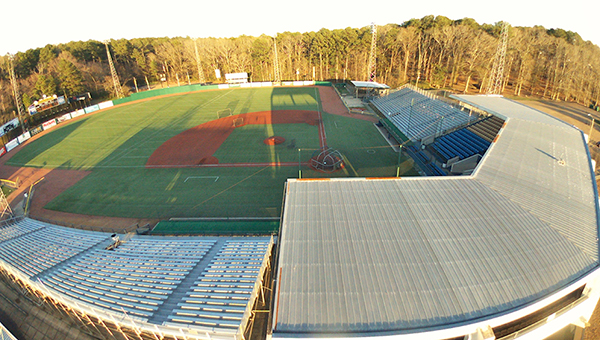 The Southwestern Athletic Conference announced Thursday that it will play its 2020 baseball tournament at Smith-Wills Stadium in Jackson. The tournament is scheduled for May 13-17. (Photo courtesy of Belhaven Athletics)

JACKSON — The 2020 Southwestern Athletic Conference baseball tournament will be played in Jackson, the conference announced Thursday.

The tournament will be played May 13-17 at Smith-Wills Stadium. The championship game will be televised by ESPN.

The SWAC Tournament had been played in New Orleans from 2014-19. The move to Jackson is part of a larger push by KSG-Overtime Sports, which manages Smith-Wills and MGM Park in Biloxi, to bring bigger events to the 45-year-old Jackson stadium.

MGM Park will host the Conference USA baseball tournament May 20-24. Its championship game will be televised by CBS Sports Network.

“This marks an important day for Jackson, but also for the entire state as 2020 will see Mississippi as the home to two minor league baseball teams and two NCAA sanctioned nationally televised baseball championship tournaments,” said Tim Bennett, owner of KSG-Overtime Sports.

Details of the deal to bring the tournament to Jackson were not immediately available.

“The mayor’s office along with Overtime Sports truly stepped up and offered an incentive package that made it impossible for us not to consider and embrace. We look forward to the growth of our baseball tournament in the City of Jackson,” SWAC commissioner Charles McClelland said.