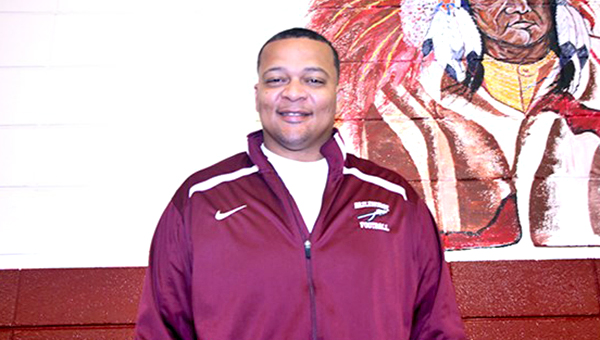 Todd McDaniel, who coached Hazlehurst to four region championships in nine seasons between 2008 and 2018, has been hired as the head football coach at Vicksburg High School. (Courtesy of the Copiah County Courier)

Vicksburg High has found its next football head coach.

Todd McDaniel, who led Hazlehurst High School to four region championships in eight seasons between 2008 and 2017, was hired at the monthly meeting of the Vicksburg Warren School District Board of Trustees on Thursday.

The board approved McDaniel’s hire by a 3-0 vote, as part of a long list of personnel recommendations all across the district. Board members Alonzo Stevens and Bryan Pratt recused themselves because they had family members on the list.

McDaniel had been hired as the football head coach at Yazoo City in December. He has not coached on the field for that school yet.

VWSD athletic director Preston Nailor said school district officials are working to sort through any contract issues involving McDaniel, and did not anticipate it being a problem.
Nailor said McDaniel’s success on the field and his experience as an educator made him the choice.

“His pedigree, where he comes from, he’s had some success at the schools he’s been at,” Nailor said. “But mostly his ability as an educator in the building. He’s got experience in the office, as an assistant principal and as a teacher. So he’s got a wealth of experience.”

McDaniel coached the defensive line at Alcorn, then spent several months as the interim head coach when Melvin Spears was fired after the 2011 season. The Alcorn alum led the Braves through spring practice in 2012.

McDaniel has an impressive 69-29 record in nine seasons as a high school head coach. He built a winner during both tenures at Hazlehurst. The Indians reached the Class 3A semifinals in 2017 during his second go-round.

“Wins and losses always play a factor in everything. But having people that can not only do what we need on the field, but the things (VHS principal Dr. Tameka Davis) needs them to do in the building is important, too,” Nailor said.

McDaniel had a bitter split from Hazlehurst in 2018. He sued the Hazlehurst City School District for wrongful termination in April 2019 after he was informed he would not have his contract renewed.

The case is still ongoing.