Porter’s Chapel beats ACCS for second win in a row 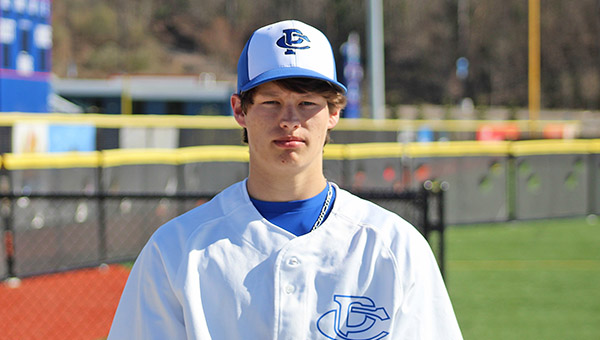 Porter’s Chapel Academy’s Michael Tod Andrews scored two runs, and pitched a scoreless seventh inning to earn the save in a 4-3 win over Adams County Christian School on Thursday.

Porter’s Chapel Academy is 2-for-2 on its second trip through the order.

Spencer Azlin pitched six strong innings, and the Eagles scored three runs in the fourth inning to take the lead for good on their way to a 4-3 victory over Adams County Christian School on Thursday.

The Eagles (2-3) won their second game in a row. Both wins came against teams — ACCS and Clinton Christian — that beat them during a three-game losing streak to start the season. They also came from behind to win both games.

After falling behind 3-1 Thursday against ACCS, the Eagles scored three times in the bottom of the fourth inning. A leadoff single by Michael Tod Andrews and an RBI single by John Michael Wilkerson were the only hits in the inning. A walk, a hit batter, two errors and a wild pitch spurred the other runners around the basepaths.

Azlin was in control from there. He gave up three runs in the second inning, but was otherwise solid. He did not allow another run, and struck out seven in his six innings on the mound. Andrews struck out two batters in a scoreless seventh inning to earn the save.

Andrews also had one hit, walked once and scored two runs. Luke Yocum had an RBI single in the first inning as well.

PCA will return to action on March 5, against crosstown rival St. Aloysius. The site of the game has not yet been determined.

MRA 11, Warren Central 1
Madison-Ridgeland Academy erupted for eight runs in the top of the sixth inning to blow the game open, and earned a run-rule victory over Warren Central on Thursday.

Ten consecutive batters reached base for MRA in the sixth inning. The biggest blow was a three-run double by Jake Carr that made it 11-1. Peyton Martin also hit an RBI double.

Bryce Chance finished the game 3-for-3 with two RBIs and three runs scored for MRA (3-1). Martin had two hits and scored twice.