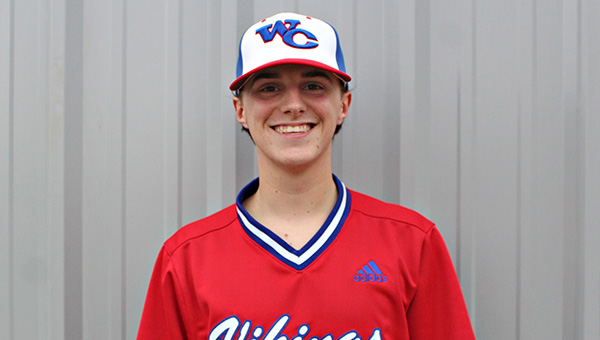 Trevor Rouse drove in Warren Central’s only run with an RBI single Friday, as the Vikings lost 5-1 to Alma Bryant, a Class 7A school from Mobile, Ala.

Warren Central had plenty of hits on Friday, but not a lot to show for it.

The Vikings amassed 10 hits and only one run as they lost 5-1 to Alma Bryant at the Mid-Mississippi Classic at Germantown High School. It was the third consecutive loss for Warren Central (1-3).

Alma Bryant is a Class 7A school from Mobile, Alabama.

Warren Central pitchers Mayson Shealy, Shane Lewis and Gabriel Katzenmeyer allowed five hits and five walks. Alma Bryant sent 11 batters to the plate and scored all of its runs in the third inning, however, and the Vikings never got on track offensively.

Warren Central’s only run came on an RBI single by Trevor Rouse in the fifth inning. It left eight runners on basein the game.

Alma Bryant pitcher Pacey Ludham threw a complete game and earned the win despite allowing 10 hits. He only walked one batter and struck out five.

Warren Central will finish its run at the Mid-Mississippi Classic when it plays American Christian — a Class 3A school from Tuscaloosa, Alabama ­— at 10 a.m. Saturday at Pearl High School.