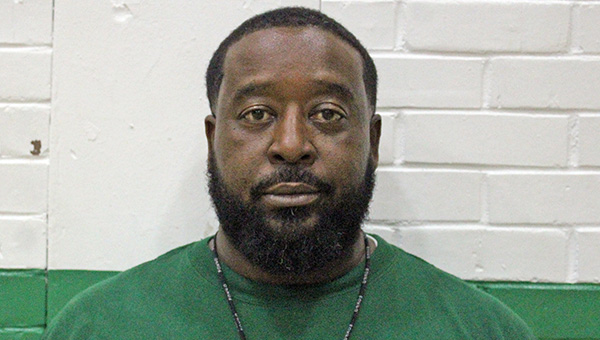 Vicksburg High girls’ basketball coach Troy Stewart has the Missy Gators in the state semifinals for the first time since 1997, after they beat Neshoba Central 42-36 on Saturday.

The dream season is far from over.

The Vicksburg Missy Gators flipped the script on Neshoba Central in the second half on Saturday, and rallied from an 11-point deficit to win 42-36 in the quarterfinals of the MHSAA Class 5A girls’ basketball state tournament.

Vicksburg (20-10) advanced to the semifinals for the first time since reaching the state championship game in 1997. It will play Brookhaven Tuesday at 5:30 p.m. at the Mississippi Coliseum in Jackson.

“We’re in rarefied air,” Vicksburg coach Troy Stewart said. “For the girls, we’re ecstatic. For me, we’re going back to work because I have to put together a game plan as soon as we get back to Vicksburg tonight. I told the girls to enjoy this for the ride home. We get back to work tomorrow.”

Vicksburg opened the second half with a 21-0 run to turn its double-digit deficit into a double-digit lead. Neshoba Central did not score in the third quarter.

Tiarra Jones led the Missy Gators with 13 points, with 11 of those coming in the second half. Yakia Burns scored nine points and Destini Sims had eight.

Hama’ya Fielder led Neshoba Central with 13 points, but only scored two in the second half.

“The simple answer is better defense. Neshoba Central wasn’t hurting us in the first half, we were hurting ourselves,” Stewart said. “We got some steals that we turned into points. It just started working better in the second half.”

Now the Missy Gators will face a familiar opponent in Brookhaven (27-3), which crushed Hattiesburg 67-44 in the Class 5A quarterfinals on Saturday. The Region 5-5A champions have won 11 consecutive games, with nine of them coming by double digits.

One of the two close games, however, was a 63-61 road victory against Vicksburg in the regular-season finale for both teams on Feb. 7. Stewart said that result by itself was not enough to inspire confidence, but it does show the Missy Gators won’t be intimidated or outmatched Tuesday in “The Big House.”

“Brookhaven is not a good matchup for anyone,” Stewart said with a laugh. “We just have to play like we did the first time and give ourselves a chance at the end.”