Board approves bed and breakfast with some restrictions 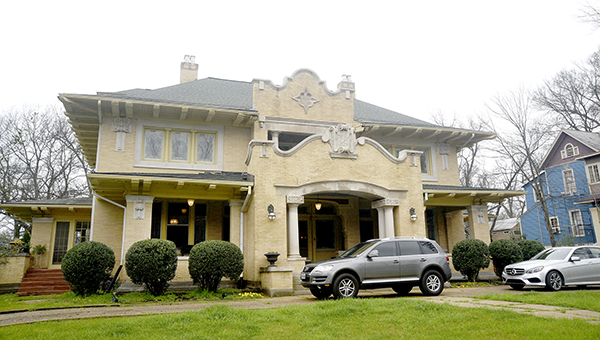 The owner of The Stained Glass Manor, 2430 Drummond St., will be allowed to operate it as a bed and breakfast and an event venue.

The Board of Mayor and Aldermen Monday approved a resolution granting a special exception to allow property owner Elizabeth Nelson to operate the property, renamed Oak Hall, as a bed and breakfast in an R-3, or residential zone.

According to the resolution, the variance comes with conditions:

• For events other than room rentals to overnight guests, there must be adequate, legal parking for all guests, and if necessary, offsite remote parking must be provided.

• If the owner is not at an event, there will be a property manager whose contact information will be given to the city zoning administration and the police chief.

• All events will be managed so as not to disturb the neighborhood.

A request from nearby residents to end events at the B&B by 10 p.m. was not included in the resolution because there are no time restrictions on events at the city’s other bed and breakfasts. Late events were a concern outlined by the residents.

“The neighbors are pleased with the legal parking and the remote parking, and we’re pleased that there’s going to be a property manager if the owners are not going to be in town during an event of 20 people or more,” said Marilyn Corley, a Drummond Street resident who represented the five neighbors near the venue.

Corley said Tuesday she had not been notified the board would address the appeal at its meeting.

The city’s Board of Zoning Appeals in January approved a variance to allow the B&B in the neighborhood. The residents appealed the decision to the Board of Mayor and Aldermen, which heard the appeal Feb. 25 and took the matter under advisement.

During the hearing, the residents said they were concerned about traffic and parking along Drummond Street during events at the building, and asked the board to require events end by 10 p.m.

The resolution is the result of a meeting between North Ward Alderman Michael Mayfield, Nelson and Corley, that occurred after the Feb. 25 meeting of the Board of Mayor and Aldermen.