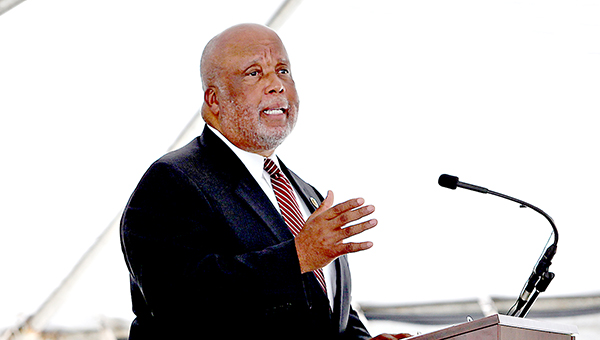 U.S. Rep. Bennie Thompson is chairman of the House Homeland Security Committee. He is the only African American member of Mississippi’s congressional delegation.

Mississippi’s population is about 38% African American, and black voters make up a significant portion of Democratic primary voters. The state’s primary is Tuesday.

“Joe Biden has spent his whole life serving something bigger than himself. He has fought beside us in every fight that matters,” Thompson said in a statement Thursday. “Our country is in dire need of moral leadership that can end today’s division and hate and bring our country together. Joe has shown that he has character and unmatched skills to lead us and get things done.”

Jackson Mayor Chokwe Antar Lumumba announced last week that he is endorsing Vermont Sen. Bernie Sanders in the Democratic presidential primary. Jackson is a majority-black city. Lumumba, who is a Democrat, attended a “people’s caucus” where participants decided to back Sanders.

The Sanders campaign announced Thursday that Sanders is canceling a planned appearance in Mississippi so he can campaign in Michigan, which awards more delegates in Tuesday’s primaries. Biden is scheduled to appear in Mississippi on Sunday.

Sanders traveled to Jackson in 2018, where he and Lumumba participated in a public forum about economic inequality in the United States 50 years after the assassination of the Rev. Martin Luther King Jr.

Thompson has been in the House since winning a 1993 special election. He is the longest-serving current member of Mississippi’s congressional delegation.

“I recognize the importance of having a president who has expertise and ties to leaders around the world. Joe Biden is the leader this country needs in these uncertain times, and I stand with him to fight for the soul of our nation.”