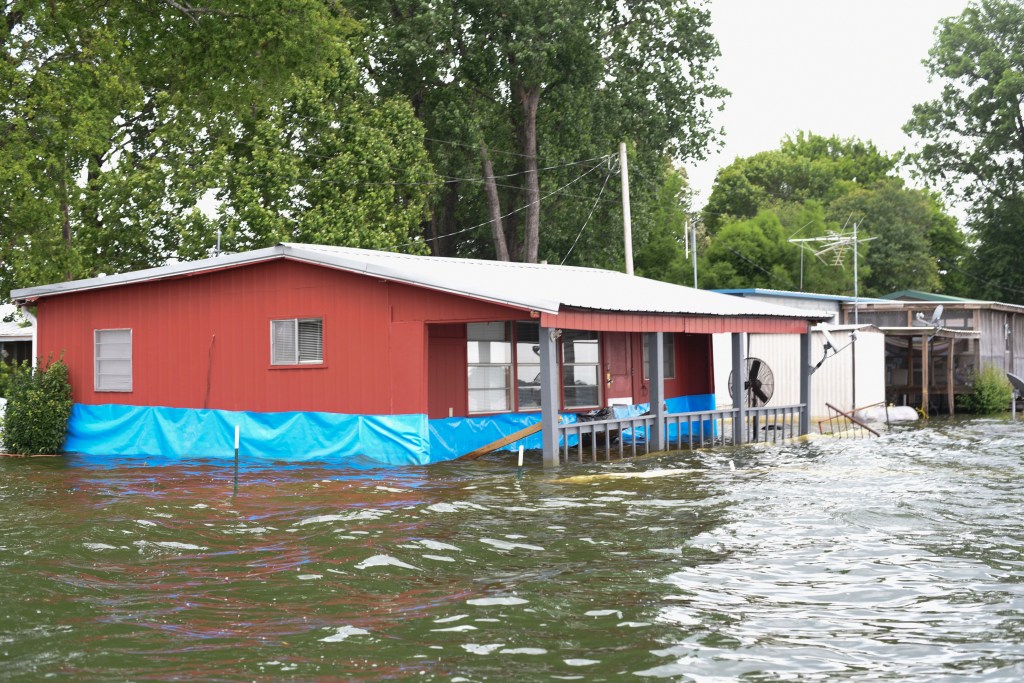 Homes were surrounded by backwater flood water in the Eagle Lake Community in this file photo from June of 2019. (Courtland Wells/The Vicksburg Post)

According to the organization’s report, the $20 billion impact includes total direct losses like crop damage and livestock, damage to infrastructure like levees, roads, bridges and dams, and damage to homes, businesses and vehicles.

The report indicated the total cost of the 2019 floods to the Mississippi River main stem corridor (cities along the river) was $6.2 billion for 11 states.

Bob Gallagher, Mayor of Bettendorf, Iowa, and MRCTI co-chairman, said the scale and duration of the 2019 Central U.S. flooding set many records.

“According to the U.S. National Oceanic and Atmospheric Administration, it’s plausible to expect this trend to be more frequent with damaging riverine and urban floods to continue,” he said.

According to the report, the 2019 flooding was part of a trend of more billion dollar, nonhurricane, inland flood disasters from 2010-2019 than have occurred over the previous three decades.

And scientific evidence indicates climate change “is a major factor driving increasing frequent and severe flooding up and down America’s largest waterway,” the report indicated.

Flooding, according to the report, contributed at least 18 separate billion dollar inland flood disasters over the last decade compared to a total of 14 similar disaster events over the previous 30 years.

Although present indications suggest the 2020 flood season will be less severe than 2019, the Mississippi River corridor still faces significant risk.

“I’m glad the River Towns Initiative helped us with keeping up with the data related to the economic impact of the devastation so we will be able to continue to quantify to the congressional delegation of the cost impact to us, because they’re (floods) coming to every year,” Mayor George Flaggs Jr., an executive committee member, said.

“I’m just glad I’m a part of an organization that has that data ready and available,” he said.

The 2019 Mississippi River flood was historic for its duration and record-setting water levels in the Yazoo Backwater Area that forced thousands of people from their homes, flooded three state highways and covered more than 500,000 acres of land — 231,000 of that farmland that was not used in 2019.

The flood inundated the Kings, Ford Subdivision and Waltersville communities.

According to a report on the flood by the Corps of Engineers, “The epic Flood of 2018-2019 spanned 12 months of above-normal precipitation events making this flood historic in duration, magnitude of precipitation, volume of water transported through the Mississippi River system, and subsequent river crests.

“July 2018 through June 2019 was the wettest 12-month July through June since record-keeping began in 1895 over the continental United States. Above normal precipitation began during August 2018 and continued into June 2019.

Those conditions and the rain that followed led to the multiple floods that eventually affected Warren County and the Delta.