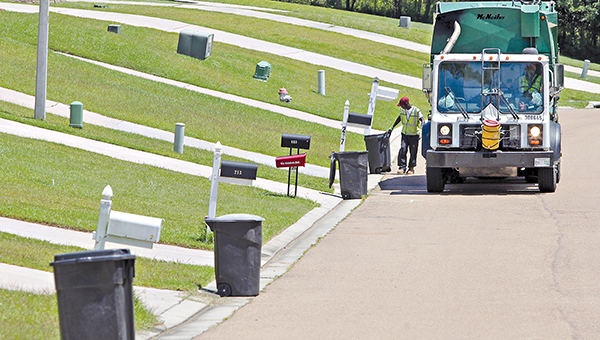 Warren County residents may soon be able to pay their garbage fees online.

The Warren County Board of Supervisors at its Monday work session discussed the possibility of using a computer program developed by a company called Court Solutions, which is used by Warren County Justice Court, to take online payments for utilities and traffic tickets issued in the county.

“They also have a utilities payment software,” said county purchasing agent Tonga Vincent, who was filling in for garbage compliance officer Katie Strong. “There’s no sign up fees; we sign an agreement saying we’re going to use them.”

“Katie would reconcile it (the payment) against the people she has receipts on that come up automatically,” she said. “We were wanting to know if you wanted us to move forward with us putting that in place with a company we already have an agreement with for justice court.”

Acting county administrator Loretta Brantley said the county would have to establish another account to handle the checks.

The supervisors have been looking for a way to collect more than $1.3 million in back garbage pick-up fees that have not been paid by county residents for years.

“We want to find an easy way for people to pay their garbage bills in Warren County,” Vincent said. “From talking with Katie, part of the frustration is we don’t take debit or credit (cards), only cash and money orders.”

Vincent said she and Strong have worked with the program.

“It’s very simple; it’s called ‘MyFinePayment.com.’ You go there, you pick Warren County out of a drop-down list. The next screen is where you put your account number, name and address, and then the person decides how much they want to pay,” Vinson said. The county is notified of the payment.

“Any activity, in my estimation, would be better than the frustration of coming in with a credit card and not being able to pay anything,” she said. People can come and pay on their bill or do it by phone, she said, adding the program could be linked to the county’s website.