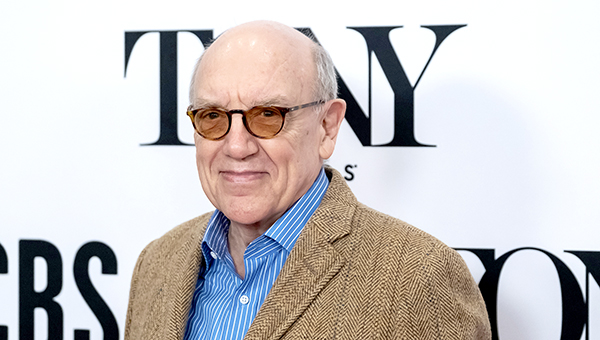 Mart Crowley participates in the 73rd annual Tony Awards "Meet the Nominees" press day at the Sofitel New York in May 2019. (Photo by Charles Sykes/AP)

A Vicksburg native who went on to become an award-winning writer, producer and actor has died.

Mart Crowley reportedly died of a heart attack Saturday in New York City. He was 84.

Crowley grew up in Vicksburg and attended St. Aloysius High School, where he served as the equipment manager for the school’s football team. He was also active in the Vicksburg Theatre Guild.

As a connoisseur of the theater, Crowley went on to graduate from the Catholic University of America in Washington, D.C., which had a quality drama department.

Daniel Boone, programmer for the Strand Theatre, described Crowley’s play as scandalous for its time, since it was about gay men.

The play was later turned into a film and directed by William Friedkin, who also directed “The French Connection” and “The Exorcist.”

Following the success of the “Boys in the Band,” Crowley penned another play, “A Breeze from the Gulf,” which was based on his life in Vicksburg.

Boone said the Vicksburg Theatre Guild produced this play in the 1970’s.

“Here we had a local playwright who was very successful with the ‘Boys in the Band,’ so of course the VTG couldn’t resist the idea of producing his (Crowley’s) new play,” Boone said.

Described as the “granddaddy of gay theater,” Boone said he had tried inviting Crowley back to his hometown multiple times.

“Because Mart is from Vicksburg, I had actually been pursuing him over the years to do something at the Strand,” Boone said, but Crowley’s answers were always no. “As a closeted gay person, his life was not always sunny in Vicksburg.”

In addition to “Boys in the Band,” which had a new performance open on Broadway in 2018, and “A Breeze from the Gulf,” Crowley’s other plays include “Remote Asylum, “Avec Schmaltz” and “For Reasons That Remain Unclear.”

Also, in 2011, a documentary about Crowley, titled “Making the Boys,” was produced.

Boone has reached out to individuals, he said, in an attempt to explore the possibility of putting Crowley up for the Mississippi Governor’s Award for excellence in the arts.

“It was brave of Mart to write a play like this (“Boys in the Band”) and if it hadn’t been him it would have been somebody else to step into the light, but he did,” Boone said, adding, “It’s ironic that a person from Mississippi is the one to do it — a Catholic boy from Mississippi was the one to say ‘OK, I’m not afraid.'”