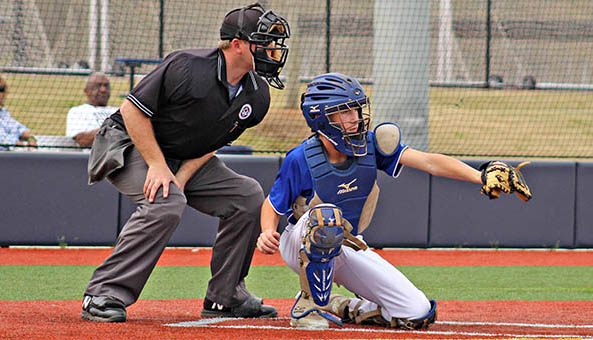 If there was a silver lining for Porter’s Chapel Academy after a tough district loss on Tuesday night, it was that it didn’t have to wait long for a chance at redemption.

Luke Yocum walked twice and scored two runs, and Michael Tod Andrews pitched four effective innings to lead the Eagles to a 5-2 victory over Clarksdale in their final game at the Battle on the River spring break baseball tournament Wednesday at Sports Force Parks.

PCA (3-6) snapped a three-game losing streak and bounced back from a 3-2 loss to Benton Academy in its District 4-2A opener 18 hours earlier.

“Especially when you can bounce back the very next day, that’s always good because that one would have lingered a little bit,” PCA coach Larry Allen said. “We came out today and put the ball in play a little bit more and got this one. I would have liked to have seen us close it out a little bit earlier, but a win’s a win.”

PCA only had one hit, a first-inning single by Andrews, but made up for it with patience at the plate and aggression on the basepaths. It drew six walks and stole seven bases.

Yocum and Jacob Hynum each had two steals in the first inning, and both scored. Andrews stole second base after his single and went to third when the throw bounced into center field, and then scored on a wild pitch.

In the second inning, Gunner Hutchins walked, stole two bases and scored on a throwing error.

“The way our team is, all the way down the lineup except for maybe one or two guys, we’ve got base stealers and plus-speed guys. If we get on base we can put pressure on the defense,” Allen said.

Andrews, by his own admission, did not have his best game on the mound. He did well enough, however, to pitch the Eagles to the victory.

Andrews allowed two runs, two hits and four walks, and struck out two batters in a four-inning complete game. Both of Clarksdale’s runs came in the third inning. Trenton Chess hit an RBI single and scored on a wild pitch. Clarksdale should have scored a third run, but Markevious Jackson missed third base on his way home on Chess’ single and was called out on an appeal.

The extra out allowed Andrews to get out of the third inning with a 4-2 lead. PCA added a run in the bottom of the third when Yocum walked and later scored on an error, and Andrews put Clarksdale down quietly in the fourth. The game ended after that on a tournament time limit.

“It definitely wasn’t my best. I could have done better. I could have thrown more strikes. They hit the ball, but my defense did pretty good behind me,” Andrews said. “It was good to come back and play today so we could get a win and get started back again.”

Luke, a Mississippi Delta Community College signee, allowed one hit and two walks, and struck out seven in a six-inning complete game. 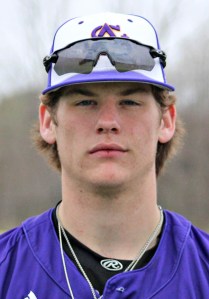 Bershell, who has signed with Hinds Community College, matched him. He allowed two hits and three walks while striking out seven. Both of the Flashes’ hits off him came in the fourth inning, when they also scored the game’s only run.

Brandon Steed and Tristan Wilbanks both hit one-out singles, and Thomas Phillips was hit by a pitch to load the bases. Ben Raines then grounded out to short, and Wilbanks scored on the play to give St. Al a 1-0 lead.

Vicksburg threatened in the bottom of the sixth inning, putting its first two batters on base, but Luke got a strikeout and picked a runner off. He then retired Kam Jones on a groundout to end the game.

Marsh Wood and Hager Fortenberry both doubled and scored a run for Tallulah. The Trojans made things interesting by scoring three runs in the top of the seventh inning, but left the tying runs on base.