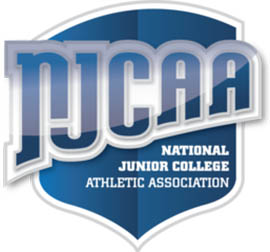 The National Junior College Athletic Association on Monday announced that it is canceling the remainder of its spring sports season, effective immediately, because of the coronavirus outbreak.

In addition to the spring sports season, the NJCAA national basketball tournaments were also canceled. They had previously been postponed until April 20.

The NJCAA had previously announced that it was suspending spring sports competition until April 3 before canceling the entire season on Monday.

Pearl River Community College had earned the No. 1 seed in the men’s basketball tournament after going undefeated in the regular season and winning the Region 23 tournament.

Hinds Community College is No. 2 and Pearl River No. 3 in the NJCAA Division II baseball rankings.

No spring sport student-athlete who was enrolled at a member college in 2020 will be charged a year of eligibility, the NJCAA announced.

Along with the cancellation of competition, recruiting for all sports will be halted until April 15 with further evaluation to be assessed at that time.

The NJCAA will explore the opportunity to expand roster and recruiting class signings for spring sports for both the 2020-21 and 2021-22 academic years under the recommendation of the NJCAA Eligibility Committee.

“As an association, the NJCAA exhausted all possible avenues to potentially postpone competition for both upcoming basketball championships and spring sport competition,” NJCAA President and CEO Dr. Christopher Parker said in a statement. “We believe following the recommendations of the CDC is in the best interest of our member colleges and our student-athletes.”