Employees of virus-affected businesses could get aid 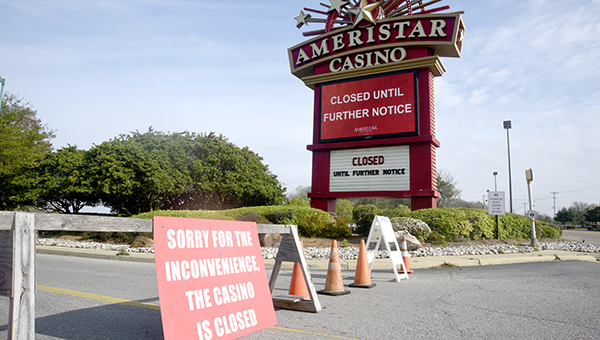 People who are unemployed because the business they work for closed temporarily for the coronavirus, COVID-19, could apply for unemployment benefits, the director of the Mississippi Department of Employment Security’s Warren County WIN Center said.

Some area businesses, including Vicksburg’s four casinos, the Mississippi State Welcome Centers and Visit Vicksburg’s visitor center, have closed temporarily because of concerns over the virus. Mississippi presently has 21 confirmed cases of the illness, but none so far have been reported in Warren County.

Riverwalk Casino announced Tuesday it would continue to pay team members for an additional two weeks after the casino — along with others in Mississippi — was ordered closed by the Mississippi Gaming Commission.

Penn National Gaming, owner of Ameristar Casino, also announced it would continue supporting its employees and team members through the end of March.

But workers who may find themselves without similar support from their employers can seek unemployment compensation through the state, Warren County WIN Center director Jerry Jackson said.

“If they are laid off and not collecting wages, they would qualify like anybody else,” he said. “They would file and have the same resources; they would be like anybody else who has lost their job or been laid off for a period of time. They can register for unemployment and file for those benefits.”

Someone who was laid off because of the virus, Jackson said, would follow the same process as anyone filing for unemployment, adding the first week after applying would be a waiting period and they would begin receiving benefits their second week.

Jackson said at this point he has not seen any application for benefits related to the coronavirus.

“I expect we’ll have some, but we haven’t had any yet,” he said.