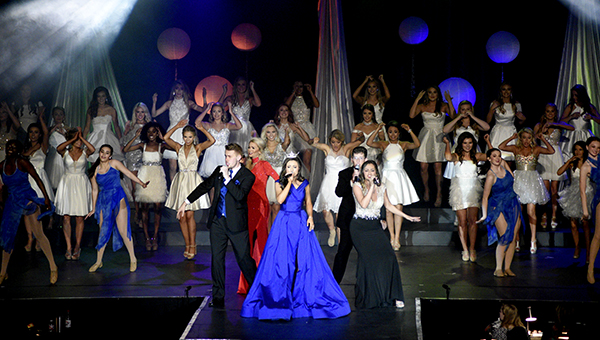 The discussion of the pageant’s future, which was originally scheduled for April 25 and 26 at the City Auditorium, could likely be postponed in response to the spread of the COVID-19 virus.

Freeman said because there were so many unanswerable questions surrounding the situation with the virus, he would be mailing a letter out this week to all involved with the teen pageant.

While Freeman has not yet talked with any of the contestants competing for the title, he has heard from one of the teen pageant directors.

“[The pageant director] called and said the contestants were a little concerned because they are from the Starkville area,” Freeman said, adding the director said since many businesses in that area — along with other college communities — have had to cut back operations or close, contestants are finding it difficult to find sponsors.

Freeman said pageant producer Jennifer Tillotson has also received calls from parents who have children who would be serving as princesses for the competition wondering about the pageant.

Therefore with so much unknown, Freeman said, a future date — if the pageant is rescheduled — has not been determined.

“I am going to put a letter out to everybody concerned this week,” Freeman said, with updates to the situation at hand.

In that letter, Freeman said the board would make a final decision on the “postponement of this year’s competition” at their meeting on April 6.

“Miss America has told us they will work with us any way they can,” he said.

Earlier this week, the city of Vicksburg, who controls the City Auditorium, set a policy restricting any gatherings of more than 50. These restrictions are temporary and also in response to the spread of the COVID-19 virus.