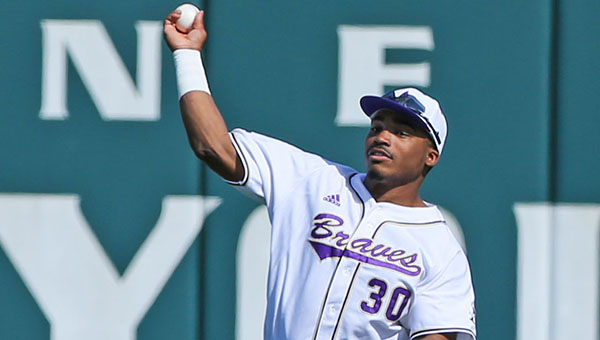 LORMAN — Alcorn State’s Travaris Cole turned a pretty good start to the season into a national player of the year award.

Cole, a senior outfielder, was named the 2020 HBCU National Player of the Year on Wednesday by the web site Black College Nines.

Cole started all 12 games for the Braves before the season was cut short because of the coronavirus pandemic. He finished second in the Southwestern Athletic Conference with three home runs, and third in RBIs with six.

Garcia, a second baseman, finished in the top 10 in the SWAC in batting average with a team-high .333 mark. He was the second-toughest hitter to strike out in the league with a 9.8 ratio per at-bat.

Garcia led Alcorn in multi-hit and multi-RBI outings with four each. He had a huge game against Ole Miss, when he registered four hits including a home run in a 9-8 extra-inning loss.