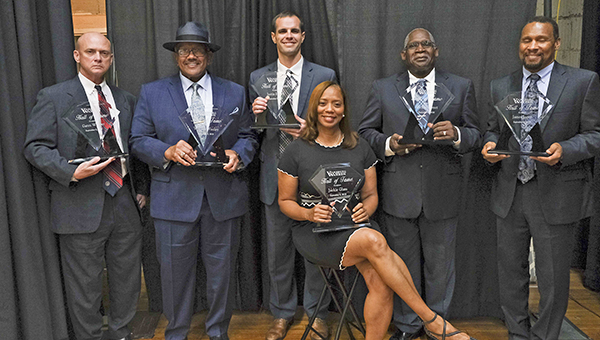 Since it was started in 2016, the Vicksburg Warren School District Athletic Hall of Fame has honored some of the greatest high school coaches and athletes in Warren County history. The Hall’s membership now numbers 23, representing six sports, as it heads into the 2020 cycle.

The nomination process for the Hall’s Class of 2020 began Wednesday and will continue through June 12. Anyone can nominate a coach or athlete for induction — forms are available at the school district’s web site vwsd.org — and a committee will make the final selections this summer. The induction ceremony is in September.

With those guidelines in mind, here are some suggestions for this year’s class. Please go to the VWSD web site and nominate some of your own, as well.

• Bobby Huell — Huell was one of the best high school running backs in the state at Rosa A. Temple, but played before the 1970 cutoff. He also coached football at Vicksburg High for nearly 40 years, but it was all as an assistant. Anyone who came through Vicksburg during his tenure, however, knows how vital he was to the program.

• Alonzo Stevens — The former Vicksburg football coach won 63 games in a11 seasons, and is perhaps the Gators’ biggest booster. Currently a school board member, Stevens would be a worthy choice for his contributions on and off the field.

• Alisa Scott — The Warren Central basketball star was the 1983 Mississippi player of the year and played at Ole Miss in the mid-1980s. She spent several years playing professionally, and then coached with the WNBA’s Houston Comets and several college programs.

• Brian Pettway — He was part of Warren Central’s 2001 Class 5A baseball championship team, and then won the 2005 Ferriss Trophy as Mississippi’s top college baseball player while at Ole Miss.

• Kevin Dent — The former Vicksburg High and Jackson State defensive back is one of only three people from Vicksburg to be inducted to the College Football Hall of Fame. The VWSD Hall of Fame should be added to his resumé.