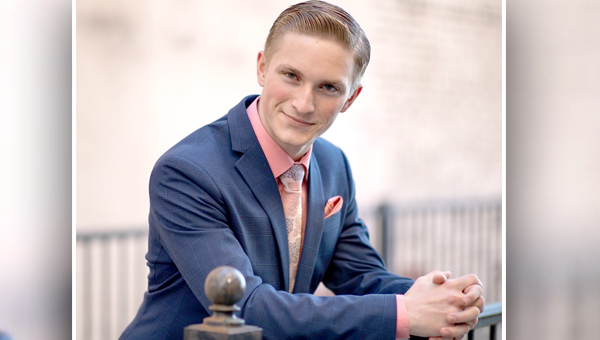 Drew Hutcheson took his first ACT test when he was just a seventh-grader.

The Warren Central High School senior has since taken seven more and his persistence has paid off as he was recently named the school’s STAR Student for the class of 2020.

“I was not expecting to receive this at all. I am honored,” Hutcheson said.

The STAR student program is sponsored by the Mississippi Economic Council’s M.B. Swayze Foundation and recognizes the senior in each graduating class with the highest ACT.

“Drew is the type of student that every teacher yearns to have,” Donna Harper, who Hutcheson chose as his STAR teacher, said. “He is a model student because he is eager to learn, is self-disciplined, will not settle for less than the best, and tries to help others excel as well. Drew is a special young man who has high standards and morals. Above all, he is a strong Christian who demonstrates the qualities that a true Christian should have, and that is admirable in the society in which we now live.”

Harper taught Hutcheson in Dual Credit Comp I in the fall semester of his senior year and is his teacher for Comp II for the spring semester.

“It was under Ms. Harper that my love for writing was unearthed. She helped me learn how to use the talent which had been dormant for so many years,” Hutcheson said. “We were able to connect through the love of both the Scriptures and writing, and I am thankful for the impact that she has had on my life.”

But, due to the threat posed by the COVID-19 virus, and school being suspended for weeks, Hutcheson and the rest of his Class of 2020 classmates have faced some challenges.

“I am heartbroken that the seniors had no idea when they left for spring break that they might never enter the doors again as students,” Harper said. “I am sad that they will miss out on special ‘senior only’ events, but I want to encourage them to press forward. This year is so important, but how they handle these challenges is just preparation for the rest of their lives. They will be met with more challenges as they continue on their journey, but they can look back on this year and remember that they made it through, possibly even stronger than before, and they can stay strong and look forward to a great future.”

Hutchenson said the biggest challenge for him has been missing the last semester of his senior year.

“All of the memories that I have looked forward to making are now non-existent — just a vapor. Academically, the challenge has been missing out on the day-to-day interactions and instructions with my teachers and fellow classmates,” he said. “My message to my classmates comes in the form of a quote by American actress Mae West. ‘You only live once, but if you do it right, once is enough.’ So, go forward my classmates, and do it right.”