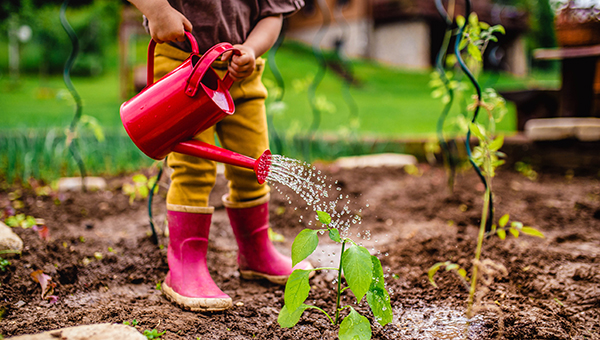 Growing vegetables is still good for the body and mind

This year I’m planting a “birthday size” vegetable garden. It is smaller than in past years because of the number of birthdays I’ve had.

I grew up in a gardening family that ate fresh, home-canned and home-frozen most everything that would grow in our climate. My parents did that because theirs did.

Somewhere along the way, with ball practice and such, the garden became more of a habit and hobby than a necessity.

The Great Depression was long gone, but growing vegetables hung around amongst prior country folks who remembered when cash was so scarce it was for flour, sugar and shoes. I still go with gardening as a good hobby. The other reason I do a bit of it is for the few favorite vegetables I can raise that just don’t have flavor competition at the store.

For many of us, homegrown tomatoes cannot be equaled, either your own or grown locally in somebody else’s garden, but not mass-produced and shipped in.

My other must-grow veggies are snap beans to cook and eat fresh and cucumbers for pickling. I love fresh snap beans cooked with a piece of smoked pork of some kind. But the ones in cans or the frozen foods section just don’t do justice to the snap bean name.

Granted, I have tasted some great ones put up in jars at home via boiling water bath and lids that lightly go “pop” when the seal is made. Call me a home-canning wimp, but I don’t put up snap beans. I eat fresh ones for a while every year before hot weather moves in and ends our brief snap bean season.

I actually still do make pickles.

I recall writing once before about “Aunt Evelyn pickles” years ago when the preacher raved about my aunt’s cooking skill at her funeral. And she was the best cook around, everybody knew that.

I didn’t have a recipe and didn’t care for one at the time. Somewhere upon middle age, I set about trying to make pickles like hers. They were sweet pickles with the first step being a long soak in lime water. By trial and error, I finally thought I was close. I veered from the old ways of and used an artificial sugar substitute.

My pickles were crisp, semi-syrupy and plenty sweet, but not quite there. The one thing I ignored for years was the green food coloring. Yep, the best cook in St. Helena Parish put food coloring in her pickles.

About 10 years ago, I began adding green food coloring to the Mrs. Wages sweet pickle recipe and, son-of-a-gun, I nailed it. In a good year, I shoot for 52 pints, a jar a week.

We used to forewarn beginning gardeners of the pitfall of overplanting, or as I said, the first time you pick butterbeans you’ll decide your brother-in-law can grow his own. But done on a scale you enjoy, growing vegetables is still good for the body and mind.

Winter’s last gasp will be a hard one, as a line of severe weather preceding a strong cold front enters... read more