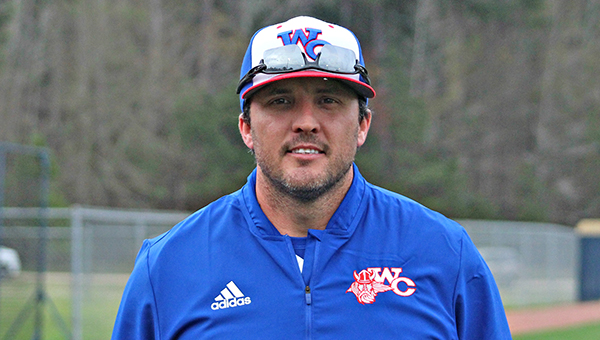 Former Warren Central baseball coach Conner Douglas has been hired as an assistant baseball coach and assistant athletic director at Northwest Rankin High School. Douglas was WC’s head coach from 2013-19, and is at Long Beach High School this season.

Baseball is and always has been a passion for Conner Douglas. Raising money for the programs he’s been a part of has been one of his greatest skills.

Finally, he has found a job that lets him have the best of both worlds.

Douglas, who was Warren Central’s baseball head coach from 2012-19 and Long Beach’s coach in 2020, was hired Tuesday as an assistant baseball coach and assistant athletic director at Northwest Rankin High School.

Douglas said his new job at Northwest Rankin will focus on fundraising efforts and athletic administration during the baseball offseason.

“It was a dream of mine to eventually be in the role of leadership,” Douglas said. “This opportunity came up and I had a relationship with Northwest Rankin from over the years. They knew me and what kind of job I did. The stars aligned and they offered me the job and I took it.”

Douglas spent a total of 10 years at Warren Central — three as an assistant and seven as head coach — before leaving in 2019 when his contract was not renewed.

He was hired almost immediately by Long Beach High School in May 2019, and guided their baseball team to a 9-3 record this spring before the season was interrupted by the coronavirus outbreak.

Douglas has a 151-69 overall record as a head coach. He was The Vicksburg Post’s Warren County Coach of the Year five times in six seasons from 2014-19, and oversaw numerous upgrades to Warren Central’s Viking Field — including several projects paid for through fundraising efforts and private donations.

Douglas said he enjoyed his brief time at Long Beach, but the chance to move into administration and back to the Jackson Metro area was too good to pass up.

“It’s a career move, and being closer to home all played a role,” he said. “It’s a big advancement in my career. I love the guys here (at Long Beach). They worked extremely hard and we were having a great year. I hate leaving these guys. It was too good an opportunity to pass up.”

He was excited, though, about his new job.

Douglas will work with all of Northwest Rankin’s sports as a fundraiser and will serve in an administrative role instead of as a classroom teacher.

“I can go out and raise money and get involved in the community. I can help promote all of the athletic programs at Northwest Rankin and be a leader at that school,” Douglas said.

During baseball season he will also get to return to the dugout and indulge his passion for the game as an assistant coach.

“The exciting part is, I get to sit back and coach baseball again. When you’re a head coach you have so many other duties that you don’t always get to enjoy that part of it,” Douglas said.