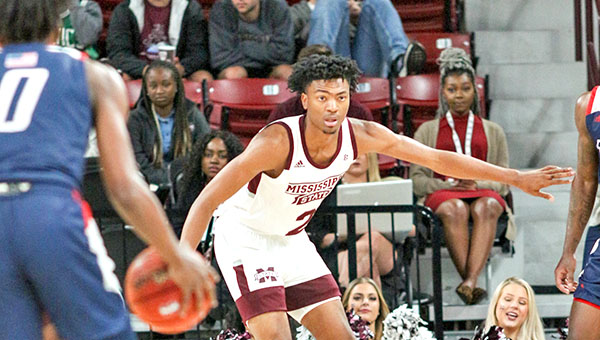 The Blue Raiders announced that King signed his grant-in-aid Wednesday. He will have three years of eligibility remaining after playing just one season in Starkville.

The 6-foot-8, 205-pound King is from Atlanta. He was a four-star prospect who ranked as the No. 5 recruit in Georgia and No. 34 in the southeast by ESPN.com, but he made little impact with the Bulldogs. He played in six games at Mississippi State and averaged 1.7 points per game. His last game was Jan. 18, when he hit a 3-pointer against Georgia.

“We’re extremely excited about the addition of Elias to our basketball program,” Middle Tennessee coach Nick McDevitt said. “His ability to shoot, pass and handle the ball as a 6-foot-8 guard makes him a real weapon that Blue Raider fans will enjoy watching on the court.”

King joins a roster with five other players from the Atlanta area, and he is the second member of McDevitt’s signing class for 2020.